Pat Robertson Says Viewer Can Invite Atheists to Wedding, but She Should Beware Their Satanic Ways November 12, 2015 Hemant Mehta

Pat Robertson Says Viewer Can Invite Atheists to Wedding, but She Should Beware Their Satanic Ways

On yesterday’s episode of The 700 Club, a viewer asked Pat Robertson whether she should invite certain atheist family members to her Christian wedding.

Robertson said she should invite them… but offered a strange caveat. 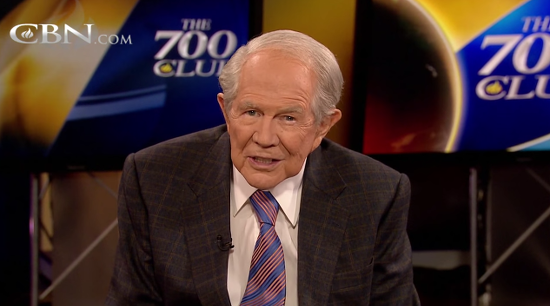 Instead of pointing out that atheists don’t believe in Satan (or perform any kind of incantations), his co-host chimed in with the suggestion that those atheists might even be saved at the wedding.

Here’s some better advice to the viewer: Invite your family to the wedding as long as they’re not the kind of people who will complain out loud about the religious ceremony. If they can’t handle the faith-based aspect of it, they don’t have to come. It’s that simple.

November 12, 2015 After Atheist's Invocation, Lake Worth (Florida) Officials Will Illegally Offer Their Own Prayers
Browse Our Archives
What Are Your Thoughts?leave a comment