Pastor Steven Furtick Won’t Tell You How Much He Makes Because Jesus Said Not To November 12, 2015 Hemant Mehta

Pastor Steven Furtick is the evangelical megachurch pastor who runs Elevation Church in North Carolina, a place that draws in nearly 20,000 attendees and takes in about $500,000 each weekend. He’s been in the news before for his shady financial dealings and fake “spontaneous” baptisms, so it’s natural that people want to know how his church manages all that money. How much of it goes to the pastor himself?

He finally responded in an interview this week… by saying he would never answer that question because Jesus told him to keep his mouth shut. 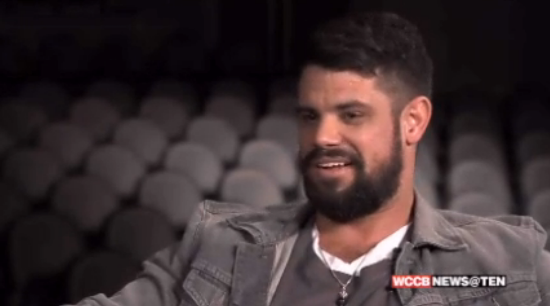 Speaking with WCCB News @ Ten’s Morgan Fogarty, Furtick deflected a question about his extravagant lifestyle by saying he would keep his mouth shut:

… Fogarty continued, “What about your finances or personal lifestyle?” He replied, “I know that we have to have integrity and we have to be generous, and I know the extent of which that is true for me and Holly. So, to go on record and say here’s how much money we’ve given and here’s what we do with our finances, to me, that would be the most arrogant thing I could do and it would rob me of the blessings of what Jesus said, which is that when you give, you don’t get up and tell everyone how much you’ve given. So when you give one part of a picture, whether that’s how much one of the staff members, what they make, that’s between them and God. That’s not mine to release and the same with my family. I wouldn’t do that to my wife and my kids. I wouldn’t do that to one of our staff members.”

No one was asking how much he gives away (though he could easily just offer a percentage without telling anyone his salary).

Tim Funk of the Charlotte Observer put his response in more context:

Elevation has released more financial information in the last year or two, but accountability questions remain. Those who attend the church contribute about $500,000 every weekend, but money matters — including Furtick’s salary — are still decided by a board of out-of-town pastors rather than locals active in the church. Unlike most churches, where lay leaders from the congregation help govern and make decisions, Furtick’s flock does not set or even know how much the pastor is paid.

That last part is the key here. It’s not about nosy journalists trying to pry into a church’s books. This is a pastor who refuses to tell his own congregation how much of their donations go right back into his pocket.

There’s no accountability or transparency, even to the church’s members. If they don’t have the ability to find out, journalists should absolutely be asking Furtick for the information (or doing whatever they can to figure it out).

To be clear, he doesn’t have to tell anyone how much he makes. But this is precisely the problem with non-profit churches. There’s no way to know if the donations are going right back to church programs or being used to renovate Furtick’s mansion. You would think a well-run church would have nothing to hide.