“Jesus Welcomes You to Hawkins” Sign in Texas is Somehow Still at the Center of Controversy November 10, 2015 Hemant Mehta

Remember the 18-foot-wide sign welcoming visitors to the city of Hawkins, Texas?

Mayor Will Rogers had defended the Jesus-tastic sign even after receiving a letter of complaint from the Freedom From Religion Foundation. At one point, he said it wasn’t religious at all. He later said the sign should stay because Jesus was like Superman — and if the FFRF didn’t want a fictional being (in their opinion) welcoming people to Hawkins, then they would oppose Superman, too. So there.

Eventually, the city council voted to do the right thing and take down the sign.

I thought we were done with this story, but it just got weirder after that.

A local Christian created the Jesus Christ Open Altar Church for the sole purpose of purchasing the land on which the sign sits… and then keeping the sign right where it is.

Mark McDonald, who is a trustee, at Jesus Christ Open Altar Church is responsible for handling the property sale.

He says if the city attempts to remove the sign… the current owners will have them arrested.

It’s still up for debate, though, if that land belongs to the church or the city. If it was never private land to begin with, the church can’t legally purchase it. McDonald thinks he owns it. The city council is discussing with a lawyer if the city owns it.

According to a source I spoke with who’s been following this story closely,

He also sent along this image that one surveyor created showing that the land is city property (so the church can’t purchase it): 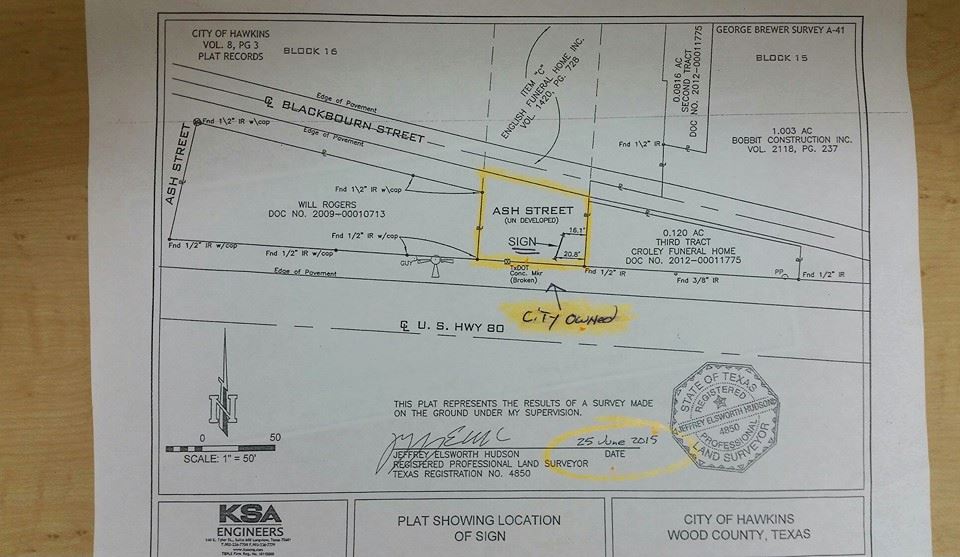 So the controversy continues until both sides can sort this out.

All because of a sign that never should have been put up in the first place.