How Should You Raise Your Kids When You Find Value in Religion but Don’t Really Believe in God? November 10, 2015 Hemant Mehta

How Should You Raise Your Kids When You Find Value in Religion but Don’t Really Believe in God?

There have been a number of books published over the past few years about how atheist parents should raise children.

But most of the demographic trends indicate a rise in people who are simply non-religious. They’re not atheists; in fact, they may believe in a nebulous sort of Higher Power. But they aren’t religious enough to attach a label to their beliefs.

That raises some unique problems: Should you go to church on the major holidays, just as a matter of tradition? Should you teach kids religious stories that you yourself may not believe? What if your kids ask you if those stories are true? All of those things are more clear-cut for atheists.

Now, a new book focuses on raising kids when religion just isn’t that important to you. It’s called Losing Our Religion: How Unaffiliated Parents Are Raising Their Children by Christel Manning, a professor at Connecticut’s Sacred Heart University. 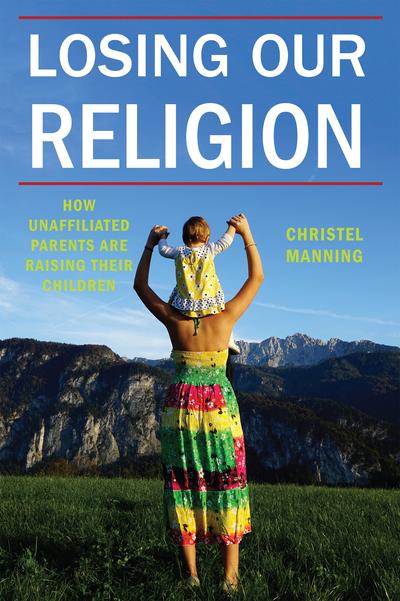 Ruth Graham, writing about the book for Slate, falls into this category of “Unaffiliated” parents, and she explains the dilemma she’s facing with her daughter:

Although I was raised evangelical, somehow the gruel-thin texture of my adult faith has never troubled me. Or at least not until this summer, when my infant daughter careened into my life — including my spiritual life, such as it is. I knew I wanted to raise her “in the church.” I want her to know the stories and songs that I love and to have a similar moral and cultural grounding that my husband and I were raised with. But I don’t want her to be afraid of a hell I don’t believe in, and I don’t want to lie about what I believe. So what should that look like, exactly?

I don’t necessarily agree with Graham that the best option is to introduce religion to the child in the hopes that she’ll eventually find meaning in it, but that’s not the point. It’s really a question of how much of religion is cultural and how much of it is about explaining the truth about the world around us. Plenty of people think the Bible is full of myth, but they still find value in church and religious rituals. (The problem is that when they attend church, they usually hear pastors talking about why all the biblical myths are true, giving them all the more reason to stop attending…)

Graham also points out that we still don’t have a lot of research into how kids develop when they’re raised without religion — most of us who are atheists today were brought up in some sort of faith. It’s an area of study that’s going to blossom over the next few decades, as those kids raised by non-religious parents grow up.

I’m hoping to post an excerpt from this book soon.