Brace yourself: I’m about to talk about a city council… but the news is good!

Sean Faircloth, who used to head up the Secular Coalition for America, was recently appointed chairman of the Bangor (Maine) City Council. He was elected to the council last year and was just selected by his peers for the chairmanship: 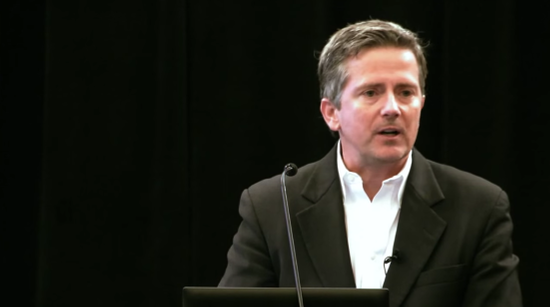 As chairman, Faircloth will serve as the ceremonial mayor of the city, representing Bangor at public events — though city code does not enumerate the position or title of mayor in any capacity. The chairman is often called upon to testify on local issues at the state Legislature.

Even if it’s somewhat of a ceremonial title, at least that’s one city council where we won’t have to worry about an invocation controversy. After all, Faircloth is the author of a book called Attack of the Theocrats! How the Religious Right Harms Us All — and What We Can Do About It.

November 9, 2015
Starbucks-Hating Joshua Feuerstein Gets Called Out as a Bigot During CNN Interview
Next Post