It’s the most wonderful time of the year (and I don’t mean the War on Christmas): #RedCupSeason! 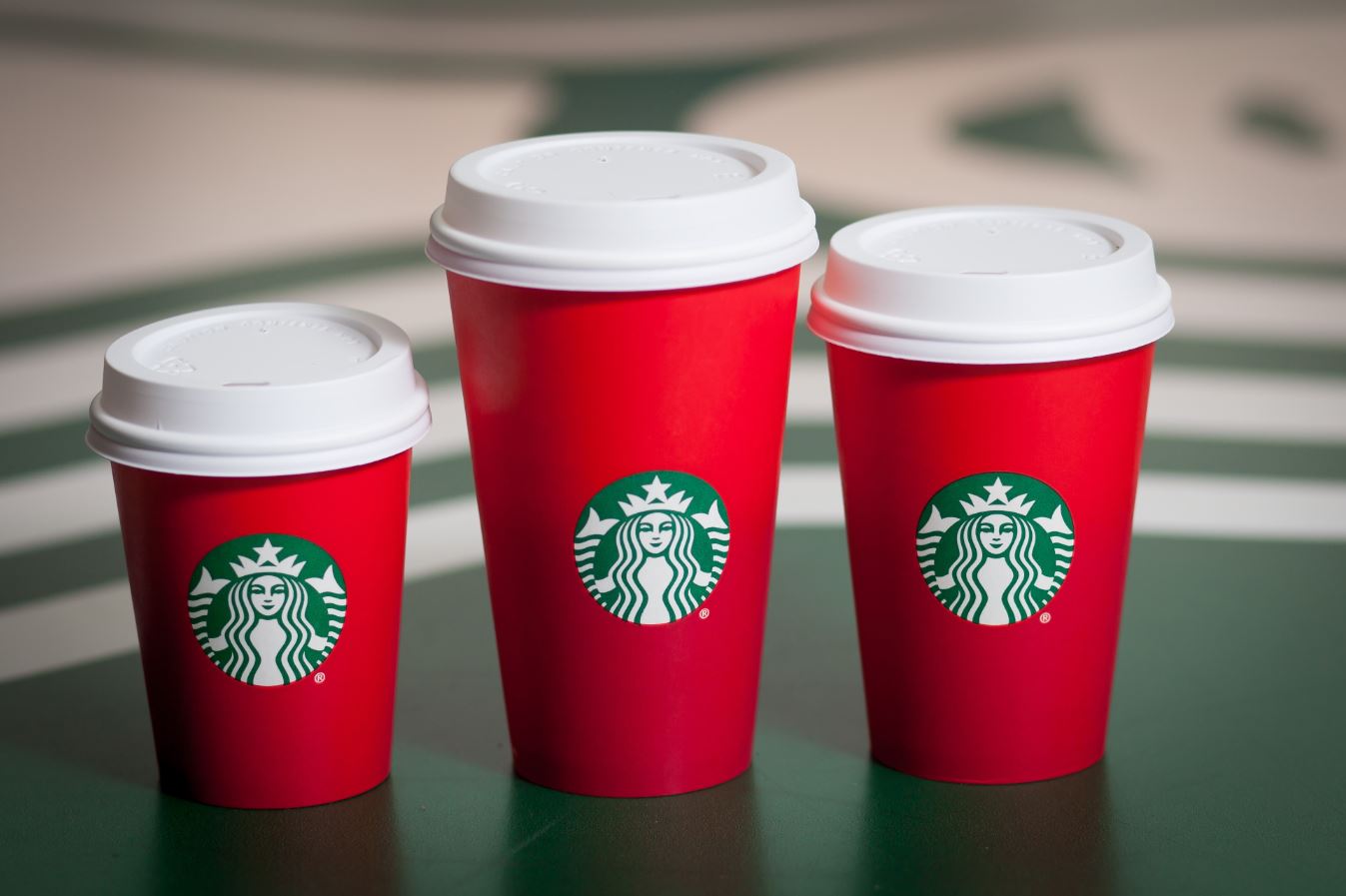 But something’s different this year.

While Starbucks’ holiday cups used to feature wintry symbols like snowmen, reindeer, and ornaments, this year’s design is a simple two-tone red color. Most people don’t really care. Some conservative Christians, however, have taken this omission to mean Starbucks is perpetuating a “Christian Culture Cleansing of the West.”

That claim came from none other than Breitbart’s Raheem Kassam, who says that Starbucks had turned its red cups into an “anti-Christmas symbol” and called this year’s model a “monstrosity”:

The Red Cups (do I need a trademark symbol after that?) are now an anti-Christmas symbol, with Starbucks declaring their formerly Christmassy cups to be “holiday beverages” and shedding any sign of Christmas from them.

Frankly, the only thing that can redeem them from this whitewashing of Christmas is to print Bible verses on their cups next year.

Hear that? Suddenly, selling massive quantities of a secular product that doesn’t have Jesus plastered all over it is anti-Christmas!

And this is such an important issue for Kassam that he waited weeks after Starbucks actually introduced the design to the world because he paid any attention to the blasphemy:

“We have anchored the design with the classic Starbucks holiday red that is bright and exciting,” said Jeffrey Fields, Starbucks vice president of Design & Content. “The ombré creates a distinctive dimension, fluidity and weightedness.”

“In the past, we have told stories with our holiday cups designs,” said Fields. “This year we wanted to usher in the holidays with a purity of design that welcomes all of our stories.”

Another furious Christian is vertical video addict Joshua Feuerstein, who yelled at his fans about how Starbucks is “taking the Christ out of Christmas.”

Starbucks REMOVED CHRISTMAS from their cups because they hate Jesus … SO I PRANKED THEM … and they HATE IT!!!! #shareUse #MERRYCHRISTMASSTARBUCKSFollow –> Joshua Feuerstein

Feuerstein also (wrongly) believes Starbucks employees have been banned from saying “Merry Christmas,” so he decided to *trick* the company by ordering a drink and saying his name was “Merry Christmas,” that way the barista would have to say it when calling out his drink. So original! Now he’s asking his followers to do the same.

I was going to say we should at least be glad his activism didn’t involve a gun this time… but it did. Because of course it did. 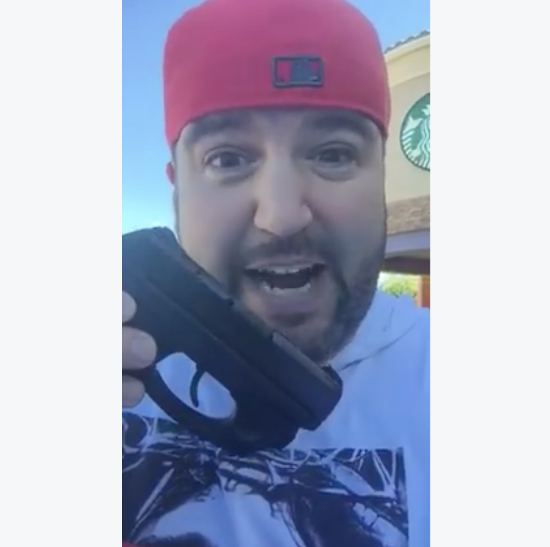 From Salon‘s writeup of the video:

Feuerstein wants “all great Americans and Christians” to do the same and “take your own coffee selfie” — Jesus, take the wheel — and post with the hashtag #merrychristmasstarbucks, and while the terms “great Americans” and even “Christians” are up for debate here, there are people who are taking him up on this asinine prank. This is why Hobby Lobby should just open a coffee shop and a pharmacy inside every store so the people who follow this guy won’t ever have to be offended by the secular world they live in ever again.

And then (I am not making this up) he pulls out a gun. America! “Starbucks, guess what — just to offend you, I made sure to wear my Jesus Christ shirt into your store AND since you hate the Second Amendment, I even carried my gun.”

“The public has a common sense grasp on the reality that at Christmas time, whether you have a Christian faith or not, Britain celebrates Christmas.”

And Andrea Williams of the U.K. group Christian Concern added:

“This is a denial of historical reality and the great Christian heritage behind the American Dream that has so benefitted Starbucks.

“This also denies the hope of Jesus Christ and His story told so powerfully at this time of year.”

The red cup fire caught so quickly that Snopes has already weighed in. Dan Evon explained how there’s literally nothing anti-Christmas about the business of Starbucks; if anything, it’s one of the most visibly pro-Christmas companies out there:

The narrator [Feuerstein] in the above-displayed video asserts that Starbucks employees are “banned from saying Merry Christmas” and that the coffee chain removed its holiday symbols because they “hate Jesus.” But there is no evidence to support either of these claims.

It should also be noted that Starbucks could not have removed any overtly Christian symbols from their cups, because they never used them to begin with. Starbucks’ holiday cups typically feature general winter holiday symbols such as snowmen, carolers, and ornaments, which (although they may be associated with Christmas) are either secular in origin or not exclusively Christian.

Keep in mind: it’s only November. Just think how wild things will get when December rolls around and Starbucks refuses to put up live nativity scenes inside their stores.

November 8, 2015
Jesus Loves Dr. Ben Carson and There's a Painting to Prove It
Next Post