There’s a story making the rounds about how five-year-old Ramses Sanguino has telepathic powers. What’s really selling the story is that the headlines point out how a neuroscientist is studying him. That makes it legit, right?! 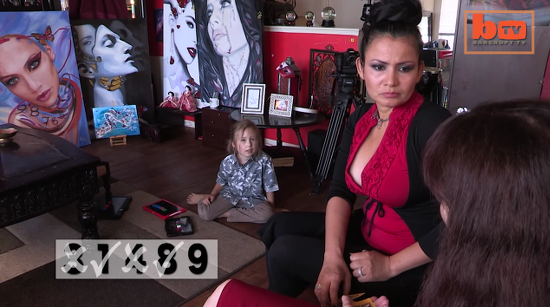 Neuroscientist Dr. Dianne Powell has been testing Ramses’ so-called telepathy, and said that it could be linked to the fact that Ramses has autism.

“If you think about it, if you have your primary language compromised then that would be a perfect setup for telepathy because here you have a child and a parent who desperately want to communicate with one another but can’t,” she told Bancroft TV.

Besides the fact that telepathy and autism have as much of a connection as vaccines and autism, we should all know by now that anyone whose professional title includes “neuro-” shouldn’t automatically be trusted. (Thanks, Dr. Ben Carson.)

And guess what happens when we look up Dr. Powell?

She’s one of those neuroscientists who thinks psychics are real.

She’s also the only person who seems to think this kid any any special abilities.

Look: All anyone has to do to prove the kid’s powers is subject him to an honest scientific test controlled by objective researchers. That hasn’t happened yet because Powell and the boy’s mother have every reason to promote the lie. Or, if you prefer something less calculated, they believe what they want to believe.

Even when you look at the boy’s talents besides being “psychic,” he can apparently do basic algebra and has a love of books. That’s great, but plenty of other smart kids have those skills. He may very well be gifted, but there’s no proof at all of his supernatural powers. (Too bad the James Randi Educational Foundation is no longer running the Million Dollar Challenge.)

Just remember that when someone shares this story online.

(Thanks to Dion for the link)

November 7, 2015 Republican Candidates Speak at Event Hosted by Pastor Who Wants Gay People Put to Death
Browse Our Archives
What Are Your Thoughts?leave a comment