Woman Who Starved and Robbed Mentally Disabled People Says She Believes in God, and “He Knows What Happened” November 6, 2015 Terry Firma

Woman Who Starved and Robbed Mentally Disabled People Says She Believes in God, and “He Knows What Happened”

Just when you think you’ve heard everything, along comes Pennsylvania native Linda Ann Weston (below), who spent a decade torturing at least 10 mentally disabled people, including four children. She imprisoned and starved all of them to gain control of their meager finances. 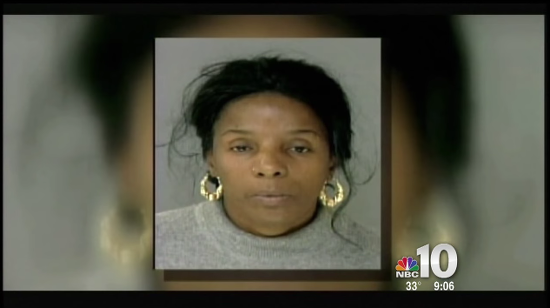 Weston pleaded guilty to racketeering conspiracy, kidnapping resulting in the death of the victim, forced human labor, involuntary servitude, multiple counts of murder in aid of racketeering, hate crime, sex trafficking, kidnapping, theft of government funds, wire fraud, mail fraud, use of a firearm in furtherance of a violent crime, and false statements. …

Prosecutors said Weston and others confined their mentally impaired victims so they could make money, stealing more than $200,000 in Social Security benefits by pressuring them to sign documents naming Weston their designated payee.

To keep her costs low, Weston and the others denied their wards clothes and locked them up in basements, attics, cupboards, and closets. They fed them depressant-spiked beans and ramen to suppress their appetites. And when supplies ran low, Weston forced their victims to eat their own and other people’s waste.

Two people died while in her, um, care, which makes Weston a murderer.

One female victim died in 2008 of bacterial meningitis and starvation … after being locked in a kitchen cabinet and attic for months, prosecutors said. Another victim died in 2005 after being kept in a basement with other captives; the victim was fed little food and barred from using the bathroom.

One of Weston’s captives was kept chained to a boiler for weeks on end.

During her sentencing hearing yesterday, the defendant offered an apology of sorts — including the unsolicited revelation that she is really a woman of God.

“I am sorry,” Weston told the judge. “I believe in God and God knows what happened.”

That doesn’t sound like someone taking responsibility for her actions, does it? Nor does it signify remorse. “God knows what happened” implies that the Almighty knows something about Weston’s character that the police and the prosecutors failed to see — possibly a reference to the defense claim that Weston herself was abused when she was a child.

“There are a lot of people in this courtroom who know what happened too,” [the judge] said.

Because of the deaths she caused, Weston, 56, could have gotten the ultimate penalty, but thanks to a plea deal she will instead spend life in jail (her sentence is 80 years).

Judge Rufe noted that during every day of her incarceration, the convict will be fed three meals a day — better treatment than Weston ever granted her captives.

November 6, 2015
HERO Opponents May Get Exactly What They Didn't Want: (Trans) Men in Women’s Bathrooms
Next Post

November 6, 2015 High School Teacher Makes Student Swear on Bible That She's Not Pregnant
Browse Our Archives
What Are Your Thoughts?leave a comment