Over the weekend, the terrorist group responsible for killing Bangladeshi atheists (along with one victim’s book publisher) posted a “hit list” of 14 people on Facebook.

Or, at least, that’s the story the media is reporting. The Facebook page was shut down and we don’t know if it was actually the “Ansarullah Bangla Team” as they claimed to be. Still, I doubt anyone on the list is sleeping very soundly. 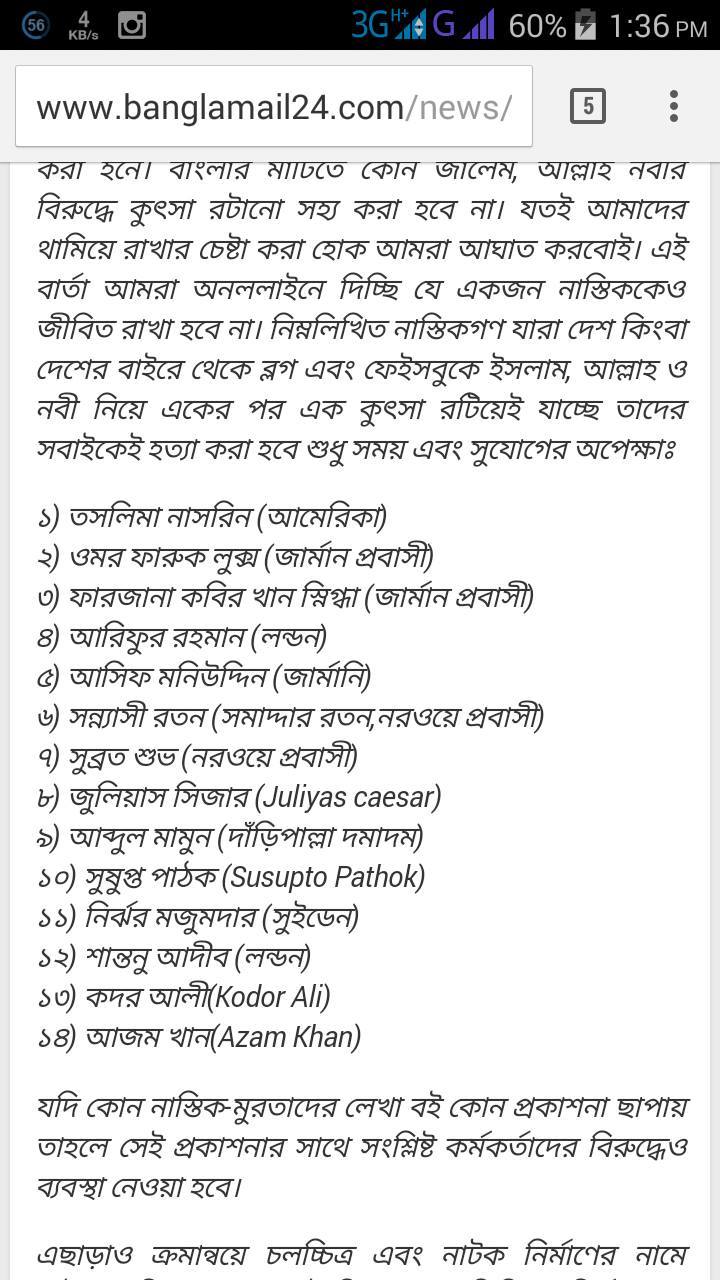 What’s really strange is that the list only includes the names of people who don’t live in Bangladesh. So far, the assassinations have taken place within the nation’s borders, where the government has been slow to react at best. It’s unclear if these terrorists would dare to commit violence anywhere else.

Two of the names are familiar to readers of this site: Taslima Nasrin, who lives in the U.S., and Asif Mohiuddin, who was already attacked once before.

In addition to the list of names, the terrorists added:

Claiming that atheists would be killed one by one in Bangladesh, the Facebook post added that anyone involved with the publishing of books by atheists would be targeted, while anyone making anti-Islam films or videos would also face action from the militant group.

Again, the credibility of this list is in question. But the fact that it could be legit shows you how even a supposed “religion of peace” can be warped to justify murder.

(Image via Sannyasi Ratan, who is also on the list)

November 5, 2015 Opal Covey, Who Came in Last Place in Toledo Mayoral Race, Claims She Actually Won
Browse Our Archives
What Are Your Thoughts?leave a comment