For several weeks now, there’s been a lot of chatter in Oregon because students in the Portland Public Schools were told they could no longer perform at The Grotto during the Catholic shrine’s Festival of Lights in December. The longtime tradition came to an end after the Freedom From Religion Foundation pointed out that the Grotto is a religious venue. 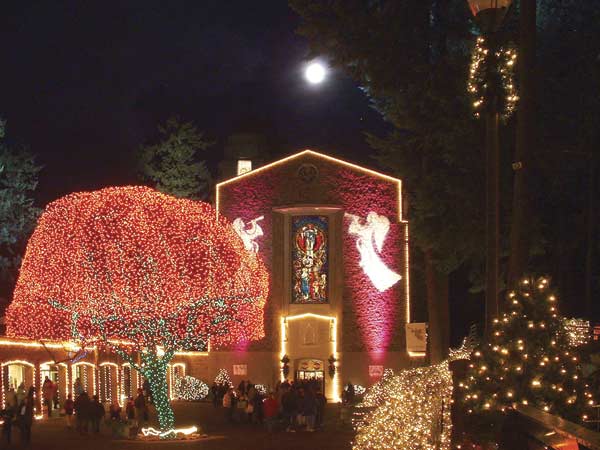 Even more damning, when school choirs were invited to perform at the Grotto, they were explicitly told not to sing traditional holiday songs; rather, they were told to stick to songs about Jesus.

“That has been the policy for 28 years,” The Grotto’s Tom Fulmer told KOIN 6 News. “The choirs that come here are asked to sing music that represents the true meaning of Christmas.”

“The music that is ideally suited to be performed here at The Chapel of Mary during the Festival (of Lights) is seasonal and sacred. We prefer you omit popularized selections which do not reflect on the sacred nature of The Grotto, such as ‘Rudolph the Red-Nosed Reindeer’ and ‘Here Comes Santa Claus.’”

So this wasn’t just a Catholic venue in name only. This was a performance honoring the Catholic God. All the District had to do was find a different venue for a holiday concert and everything would have been fine, but they wanted this one. School board member Michael Rosen even said he’d be willing to throw away money in a legal battle just to prove himself a Christian martyr:

“The district legal team has told us it’s highly likely that we’ll get sued by this group,” Rosen told KOIN 6 News on October 12. “OK, we’ll get sued. We have a large legal budget, we’ll defend ourselves.”

Thankfully for the community, Rosen was outnumbered. The board members voted 4-3 on Tuesday night to ban future concerts at the Grotto.

“Just because we’ve had (a) tradition doesn’t mean that the tradition has been correct in the past,” said Director Julie Esparza Brown, who voted against the resolution. “It’s time to look carefully at what we are supporting.”

“Why would we want to place the burden of saying no on our children?” said board member Pam Knowles, who also voted the resolution down. “Our choirs have many opportunities to sing.”

The four board members made the right decision, and it took a lot of courage to do so given how unpopular it was. But that’s what you have to do when you’re responsible for the education of so many students. You don’t get into religious battles that you’re going to lose. It’s irresponsible and it hurts the kids.

If only the other members of the community would understand that.

(Image via The Grotto. Thanks to Brian for the link. Large portions of this article were published earlier)

November 5, 2015
Please Support the Work I Do Through This Site
Next Post