Half of the New Canadian Cabinet Members Chose to Skip “So Help Me God” in Their Oaths of Office November 5, 2015 Hemant Mehta

Yesterday, as new Canadian Prime Minister Justin Trudeau was sworn in, a lot of attention went to the makeup of his 31-member cabinet. When asked why he felt it was so important to have a gender-balanced cabinet, Trudeau answered very bluntly, “Because it’s 2015.”

That’s a great answer. Also worth noting, though, is that half of his cabinet did not swear in with a religious oath. Instead, they opted to take a Solemn Affirmation that didn’t include any mention of God: 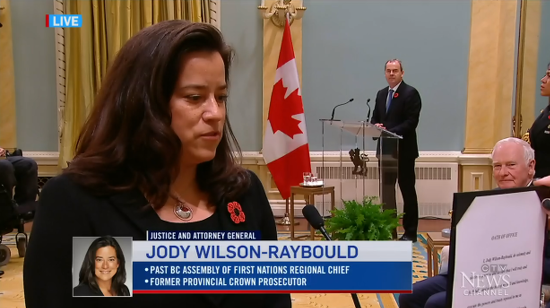 In their oaths of office, they each said: “I, (name), do solemnly and sincerely promise and swear/declare that I will truly and faithfully, and to the best of my skill and knowledge, execute the powers and trusts reposed in me as (cabinet title).”

Individuals had the choice of affirming their oaths, which allowed them to replace the word “swear” with the word “declare” and to omit the expression “So help me God.”

Meanwhile, we get excited in the U.S. when a member of Congress takes an oath on anything other than the Bible.

***Update***: Apparently, there was one Minister I missed! I have added Mélanie Joly to the list.