The November/December issue of American Girl magazine features an article about foster care and it includes this picture of a family that went through the process: 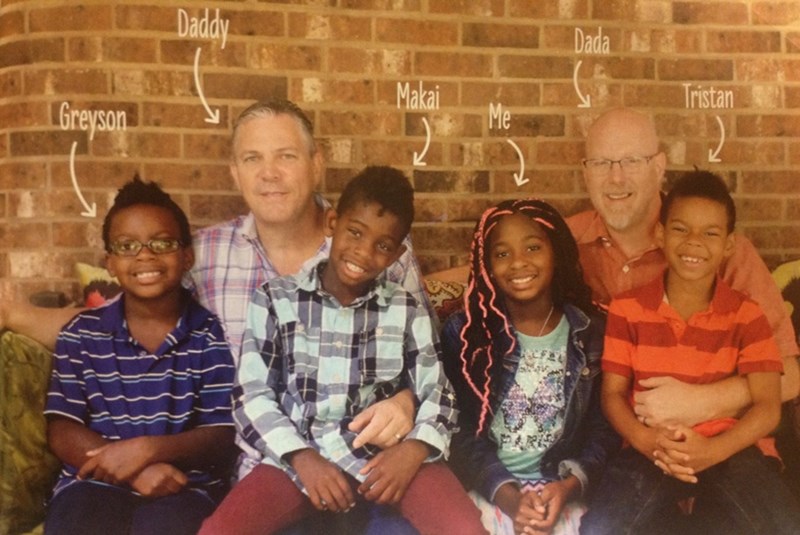 The Conservative Christian group One Million Moms, which cares so little about honesty that its own name is a lie, is furious that gay parents were included in the piece. I guess they’re angry that the magazine photoshopped out the devil horns?

… American Girl could have focused the article on the child and not about the parents since it is a magazine for children. The magazine also could have chosen another child to write about and remained neutral in the culture war.

American Girl is attempting to desensitize our youth by featuring a family with two dads. If your child has not seen this yet, then be careful she is not exposed and can avoid a premature conversation she is far too young to understand.

What a bullshit argument made by bigoted Christians.

Gay parents exist. Get used to it. The magazine wasn’t advocating a political position. They were telling an honest story about a family that went through the foster care system. What these Christians want is for the magazine to demonize them because, in their feeble minds, that’s how “neutrality” works.

And what’s so hard about this conversation?

Daughter: Why does this family have two daddies?

Parent: Because those two dads love each other.

One Million Moms (which has just over 3,000 followers on Twitter) wants you to cancel your subscription and tell the magazine why. I used the information on the group’s website to express my support for the magazine. I hope you do the same.

November 5, 2015
Half of the New Canadian Cabinet Members Chose to Skip "So Help Me God" in Their Oaths of Office
Next Post