What Would Happen If We Put Gay People And Straight People On Separate Islands? November 4, 2015 Camille Beredjick

What Would Happen If We Put Gay People And Straight People On Separate Islands?

Rep. Louie Gohmert, a hyper-conservative Republican Congress member from Texas, is obsessed with this question.

He asked it at a Phyllis Schlafly event back in July. He brought it up again during a lecture at Liberty University recently, and Right Wing Watch nabbed a recording.

Gohmert is obsessed with what would happen if gay and straight people were separated on two desert islands: 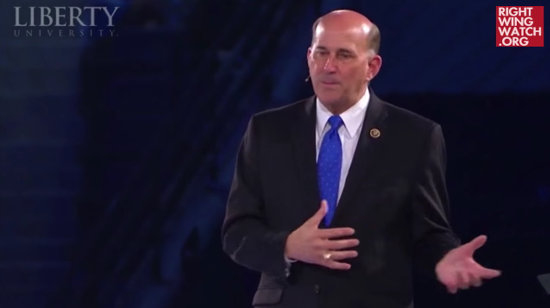 I love-hate this question. It’s comical. It’s inane. It accomplishes nothing for the conservative cause. There are so many reasons why it’s a ridiculous red herring.

First, say Straight Island were accidentally populated with all infertile or elderly couples. They try and try, but it just doesn’t happen. Biology wasn’t on board with this experiment. Would Rep. Gohmert treat those couples as horribly as he treats the childless citizens of Gay Island?

Second, with only four couples to start, it’s likely that Straight Island would end up with quite a few inbred kids before too long. Unless each couple is producing dozens of kids and everyone is being exceptionally careful as they go, this is not a great plan.

Third, let’s say every time a baby from Straight Island grew into a gay teenager or adult, they would be airlifted onto the corresponding Gay Island. If the citizens of Straight Island are reproducing at Duggar-like rates in order to avoid the inbreeding, chances are each straight couple will have at least a gay kid (or two or three). Boom. The population of Gay Island grows.

Fourth, not all straight couples are couples with a penis and a vagina! Straight transgender people exist. Their parts do not necessarily match up in baby-making ways, and they are still straight. Pass it on.

Fifth, are we really that worried about underpopulation? If Straight Island gets crowded, maybe Gay Island could adopt some of those extra babies. Straight Island sounds really stressful.

Sixth, this argument is pointless. Let’s stop connecting basic human rights with our ability to crank out kids, shall we?

November 4, 2015 Who Needs Priests, Anyway? Millennials Are Now Asking Friends to Officiate Their Weddings
Browse Our Archives
What Are Your Thoughts?leave a comment