On Sunday night, just after Christians protested outside the inaugural meeting of the Greater Church of Lucifer, the building was vandalized by people who smashed in one of its windows.

Unlike most acts of vandalism, though, this was was caught on camera. Sort of. While you can’t see the window being smashed, you can see the culprits outside the building around the 5:09 mark: 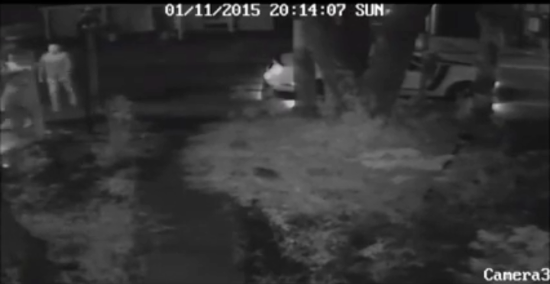 (Video Updated to show break of window)November 2nd 2015Our new building at 310 Main Street was vandalized at 8:18…

Posted by Greater Church of Lucifer on Monday, November 2, 2015

The front window of our church was smashed out by a large object thrown in plain view. We are committed to standing for our right to exist and will not let the actions of a few stop our church. We as Luciferians believe that all individuals no matter their religious affiliation have the right to exist on their path.

No word yet on who those people were, but if that’s what the love of Christ looks like, I want nothing to do with it.

November 4, 2015 What Would Happen If We Put Gay People And Straight People On Separate Islands?
Browse Our Archives
What Are Your Thoughts?leave a comment