Roland Bosee Jr. and Nino Esposito have been in a relationship since 1970. But in Pennsylvania, where they live, they were prohibited from having any sort of legal recognition of their union until last summer, when a judge legalized it in the state.

They didn’t think that day would ever come. So a few years ago, they decided to take another route toward legal recognition of their union: 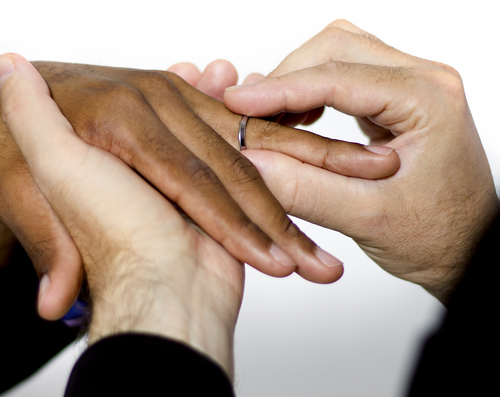 Mr. Esposito, who is 78, adopted 68-year-old Mr. Bosee in 2012. In the days before same-sex marriage was legal, some gay and lesbian couples took that step to give their relationship a legal stature they were otherwise denied. And while Mr. Esposito and Mr. Bosee never thought they’d be apart, they also never believed the law would let them be together.

“We thought never in our lifetime — or in 20 lifetimes — would same-sex marriage happen,” said Mr. Bosee.

Well, it happened. And the couple would like to have legal recognition of their same-sex relationship, but a judge is now saying they can’t annul their adoption.

It’s heartbreaking, really. They purposely chose adoption because there was no other way to be legally bound together… and now it’s preventing them from getting married, which is what they really wanted this whole time.

And how is Charisma, the Christian media outlet, reporting this story?

You Won’t Believe This: Gay Father Wants to Get Married to His Gay Son

These people are truly despicable. They turned a love story into one about incest.

It’s not just a cheap shot at gay people; they’re distorting a relationship between a couple that’s been together for 45 years. The only reason they have a “father/son” relationship at all is because conservative Christians like the people at Charisma forced them to take such drastic action.

Not that anyone at that publication cares. For them, lying is okay when it’s done in the name of Jesus.

(Image via Shutterstock. I accidentally said gay marriage came to the state with the Supreme Court’s ruling in the original article; it actually came via a District Court judge’s ruling a year earlier. The article has been corrected.)

November 4, 2015
Pat Robertson Just Got Trolled by a Gamer
Next Post