After Church Leader is Convicted for Decade of Rape, His Community Blames the Victim November 4, 2015 Lauren Nelson

After Church Leader is Convicted for Decade of Rape, His Community Blames the Victim

If you’ve ever wondered why survivors of sexual assault so rarely report the crimes, look no further than the quaint little town of Dearborn, Missouri. The tight-knit community of 496 people spread across less than a square mile in many ways brings to mind simpler times. Unfortunately, it seems as though that aura has cultivated a mob of simple minds who believe the faithful are incapable of horrendous acts… even when they’ve admitted to it. 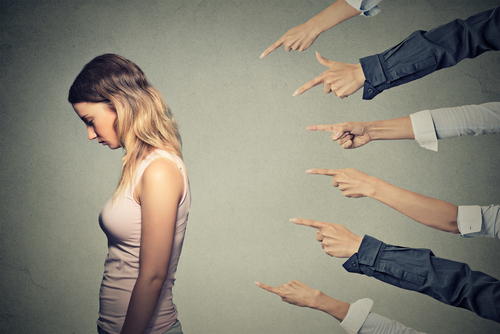 Darren Paden was sentenced to 50 years in prison Friday after pleading guilty in August to two counts of first-degree statutory sodomy — but friends, family members, church elders and community leaders begged a judge to go easy on him.

Prosecutors said the 52-year-old Paden sexually abused the girl up to 300 times over a decade, beginning before she was 5 years old. His 28-year-old son, Anthony Paden, was also charged with sex abuse, although his case remains pending.

But community members have turned their backs on the girl, who is now 18 years old and testified against her abuser in court, and rallied around Paden.

Take a minute to let that sink in. This was an adult who raped a young girl for ten years and admitted to it. Instead of feeling anger towards the abuser, or heartbreak for the young girl, or terror over the fact that something like this had been going on in their town for so long, the community rose to the defense of a monster.

Prior to the sentencing, dozens of letters were sent calling for mercy on him. They referenced the man’s family, his service in the Air National Guard and the local fire department, and his position as a junior deacon at New Market Christian Church. They asked the judge to consider all the good deeds he’d committed over his lifetime. The actually argued that the man had already been punished enough, just by going through the trial. As one woman wrote:

I truly believe that Darren has already suffered extensively for his actions by being kept away from his young children and his home life, and by not being able to provide for this family. Because of the significant difficulties that will face his innocent family, I would ask you, Judge Van Amburg, to grant Darren a sentence of probation or at least the lowest possible sentence.

So mental anguish is apparently on par with a decade of sexual abuse endured by a victim. But that’s only the tip of the iceberg. The defenses got more and more twisted the further you read.

Nevermind that Paden already confessed to the crimes, said others. Gene Blankenship, a trustee at Paden’s church, proclaimed:

Only God, Darren and (the victim) know what truly happened. I feel Darren may have admitted to things he did not do after hours of interrogation and all the pressure to admit guilt.

Paden’s 82-year-old aunt Dixie Wilson has shrugged off the flabbergasted public response to the community’s support for a child molestor, saying she’d feel sorry for the girl if she’d actually been abused, but that it wasn’t the case. The whole situation, she claimed, was a test of their faith:

Our community is one that we deeply believe in God and we’re not going to buckle under anything. We’re not going to let it destroy all of us. We’re going to keep doing our good works and doing what we believe and rely on each other.

We’re talking about a young woman who was sexually abused by a church leader for ten years, who resorted to self-harm and wrestled with the idea of suicide. Since coming forward, she’s been denied service and housing and called a liar at every turn. So many sexual assault survivors don’t come forward out of fear that no one will believe them; too many end up facing it with a hefty serving of victim blaming to boot. But this young woman in Dearborn is living the survivor’s nightmare in extreme fashion, being ostracized by her community for having the courage to report her abuser.

Perhaps in this close Christian community, such a reaction should not surprise us. We’re talking about a faith whose foundational texts diminish the significance of rape or attempt to justify it. We’re talking about believers who can justify that Christian husbands who want to force sex with unwilling wives can still do so as long as they don’t look at their faces. We’re living in a world where people continue to support denominations that actively worked to cover up sexual abuse of children for decades.

So much for Christian love.

November 4, 2015
Who Needs Priests, Anyway? Millennials Are Now Asking Friends to Officiate Their Weddings
Next Post

November 4, 2015 Matt Barber Thinks Transphobia Is "Gleefully Entertaining"
Browse Our Archives
What Are Your Thoughts?leave a comment