As Usual, Survey Shows Religion in Decline, Especially Among Millennials

The Pew Research Center just released a new report building off of their landmark 2014 Religious Landscape Study and focusing on the changes in religious beliefs among Americans.

As usual, the momentum is on our side. 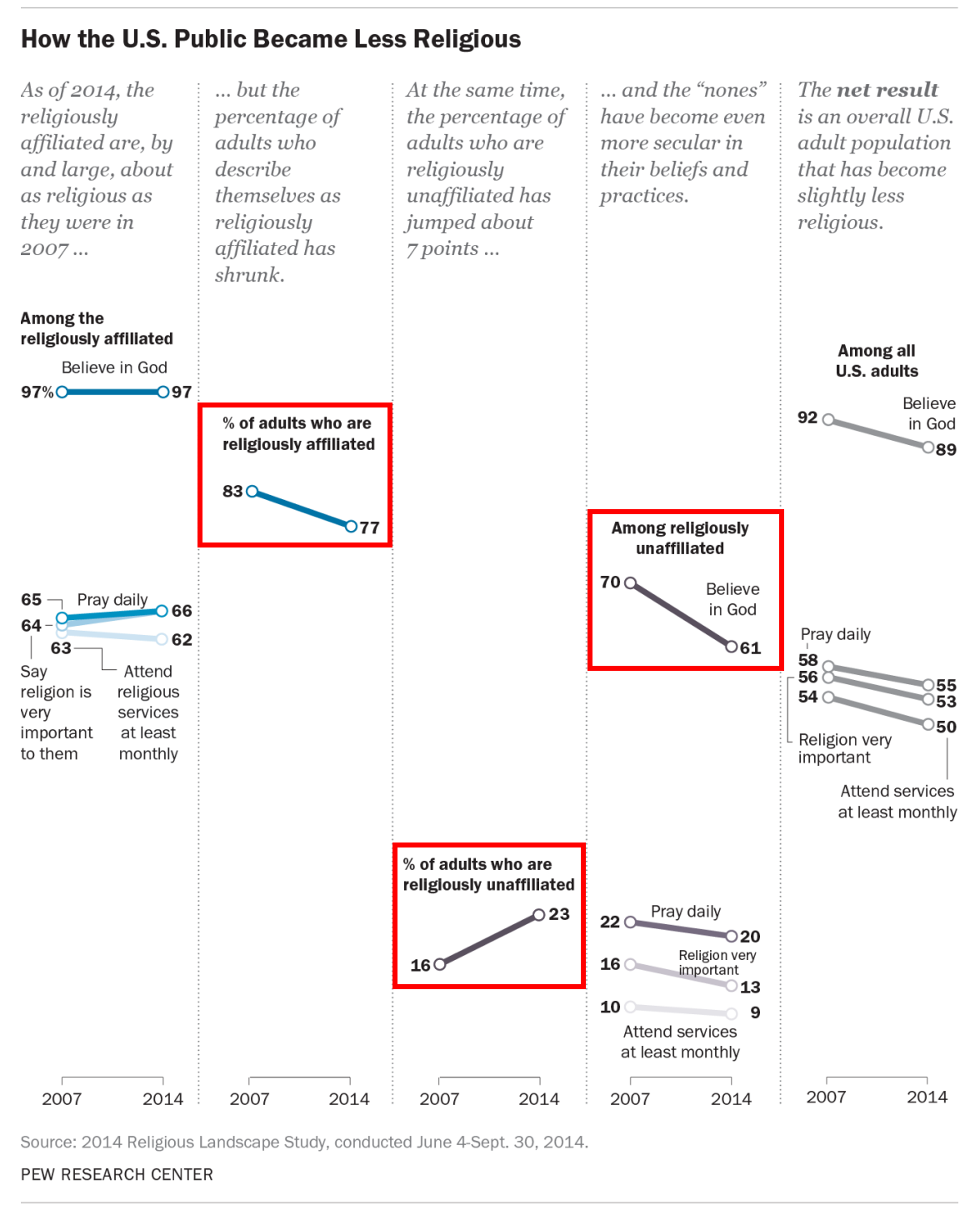 The falloff in traditional religious beliefs and practices coincides with changes in the religious composition of the U.S. public. A growing share of Americans are religiously unaffiliated, including some who self-identify as atheists or agnostics as well as many who describe their religion as “nothing in particular.” Altogether, the religiously unaffiliated (also called the “nones”) now account for 23% of the adult population, up from 16% in 2007.

When it comes to belief in God, it’s getting smaller with each generation: 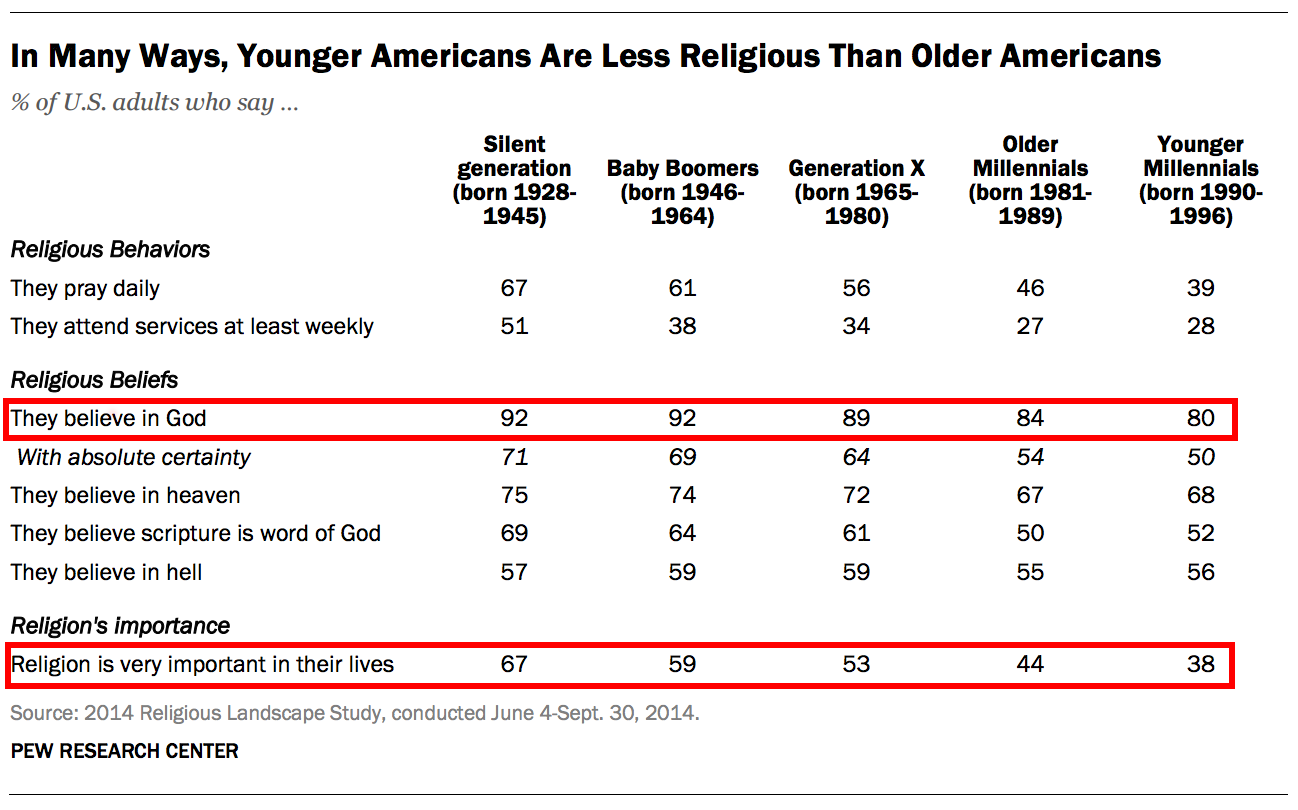 … the oldest Millennials, now in their late 20s and early 30s, are generally less observant than they were seven years ago. If these trends continue, American society is likely to grow less religious even if those who are adults today maintain their current levels of religious commitment.

But perhaps the most important graphic in the chart is the one below, showing the religious makeup of those who identify as Democrats:

That top bar reflects the most current information we have — and the Nones make up the largest single segment of the Democratic base. And yet, while candidates are bending over backwards to appeal to the faithful, there’s no real effort by anyone to reach out to those who explicitly reject religion. (Bernie Sanders, are you listening?)

The future doesn’t look good for religion. And the more they foist it upon us, whether it’s through government or fighting against women’s rights or obstacles like Kim Davis, the less people want anything to do with it.

You can see the full report here.

November 3, 2015 Creationist Claims Richard Dawkins Isn't a "Real" Scientist and Should Stop Criticizing Dr. Ben Carson
Browse Our Archives
What Are Your Thoughts?leave a comment