On Saturday, we learned that Faisal Arefin Dipon, a publisher of atheist Avijit Roy‘s books, was murdered in Bangladesh. That made him the fifth person targeted by Muslim terrorists in the country this year. But hours before he was killed, three others were seriously injured in a separate attack, including writer Tareq Rahim.

Monika Mistry, Rahim’s wife, lives in Canada and she is calling for her government to do something — anything — to help her husband before he’s a target once again: 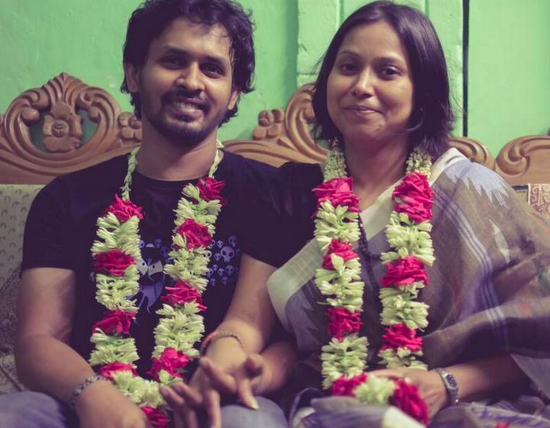 Mistry has told CFIC, “I am so frightened for Tareq. I am most afraid that when he is released from hospital that there are people waiting in the street to attack him again.” In the hospital, Tareq Rahim has a modicum of security. On the streets and even in his home, protection is not available. We know from the murder of Avijit Roy and the brutal assault on Rafida Bonya Ahmed that police and thousands of people will stand by as machete-wielding fanatics kill a target. We also know from the murder of Niloy Neel that attackers will enter a person’s home to carry out their threats.

One of CFIC’s Bangladeshi contacts has asked, “Is it so difficult for a country to accept these 40-50 endangered people?” CFIC and our humanist, secularist and human rights-oriented colleagues pass that question on to the Canadian government. Can Canada not find compassion for a minority targeted by religious terrorists — particularly those with Canadian connections.

While Rahim was Muslim, Mistry is Hindu. That may be looked down upon in Bangladesh, but it’s acceptable in Canada, and the couple was in the process of completing the immigration paperwork for Rahim when he was attacked.

The Centre For Inquiry Canada is calling on residents to send a letter of support to Prime Minister Justin Trudeau and/or Members of Parliament. They have a sample letter up on their page. Please consider doing so if you live in the country.

(Thanks to Veronica for the link)

November 2, 2015
Texas Supreme Court To Decide if Home-Schooling Parents Can Stop Educating Their Kids Due to the Rapture
Next Post