Bonya Ahmed, the wife of atheist author Dr. Avijit Roy, was by his side when terrorists attacked them. While her husband died, she managed to survive and has been an outspoken critic of the Bangladeshi government ever since. 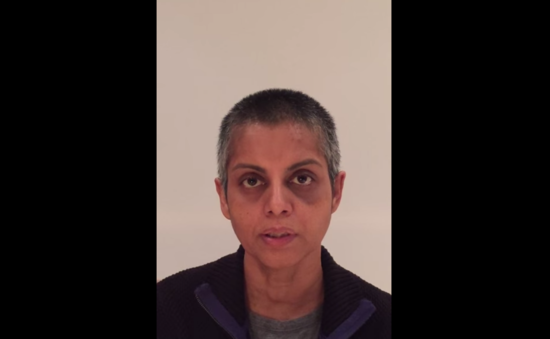 Now that one of Roy’s publishers has been murdered in a similar attack, Ahmed has issued a personal statement saying she has no hope in Bangladeshi government to do anything meaningful and wants them to stop paying lip service to those who have been killed if they’re not going to back it up with action:

We have no demands for this government. Our only request to them is please stop wasting your energy by constantly shouting “We are the secular party.” You might as well stay silent until your aims are fulfilled: Avijit, Ananta, Rajib, Niloy, Babu, Dipan, these names are a scorecard for you. You can puff up your chests and say that it’s all ‘a political game’, all a ‘perception.’ Stay silent and go on oiling the fundamentalist cleavers, otherwise you might lose a few votes. You know very well that it is your silence that is allowing them to hone their weapons. Perhaps we mistake all this as silence during daytime. Who knows, perhaps you become vocal during the darkness of night, perhaps you play the game of vote sharing with them. I beg you, until you have all your votes in the bag, continue with your silence; we will never come again to ask for justice.

The full, blistering note is here.

(Thanks to Shabnam for the link. Image via YouTube)

November 2, 2015
Atheists in Iowa Set up "Graveyard of the Gods" Outside Old Capitol Building
Next Post