Atheists in Iowa Set up “Graveyard of the Gods” Outside Old Capitol Building November 2, 2015 Hemant Mehta

The Secular Students at Iowa got some great coverage for their own version of “Graveyard of the Gods” over the weekend, reminding students about all the Gods people no longer believe in: 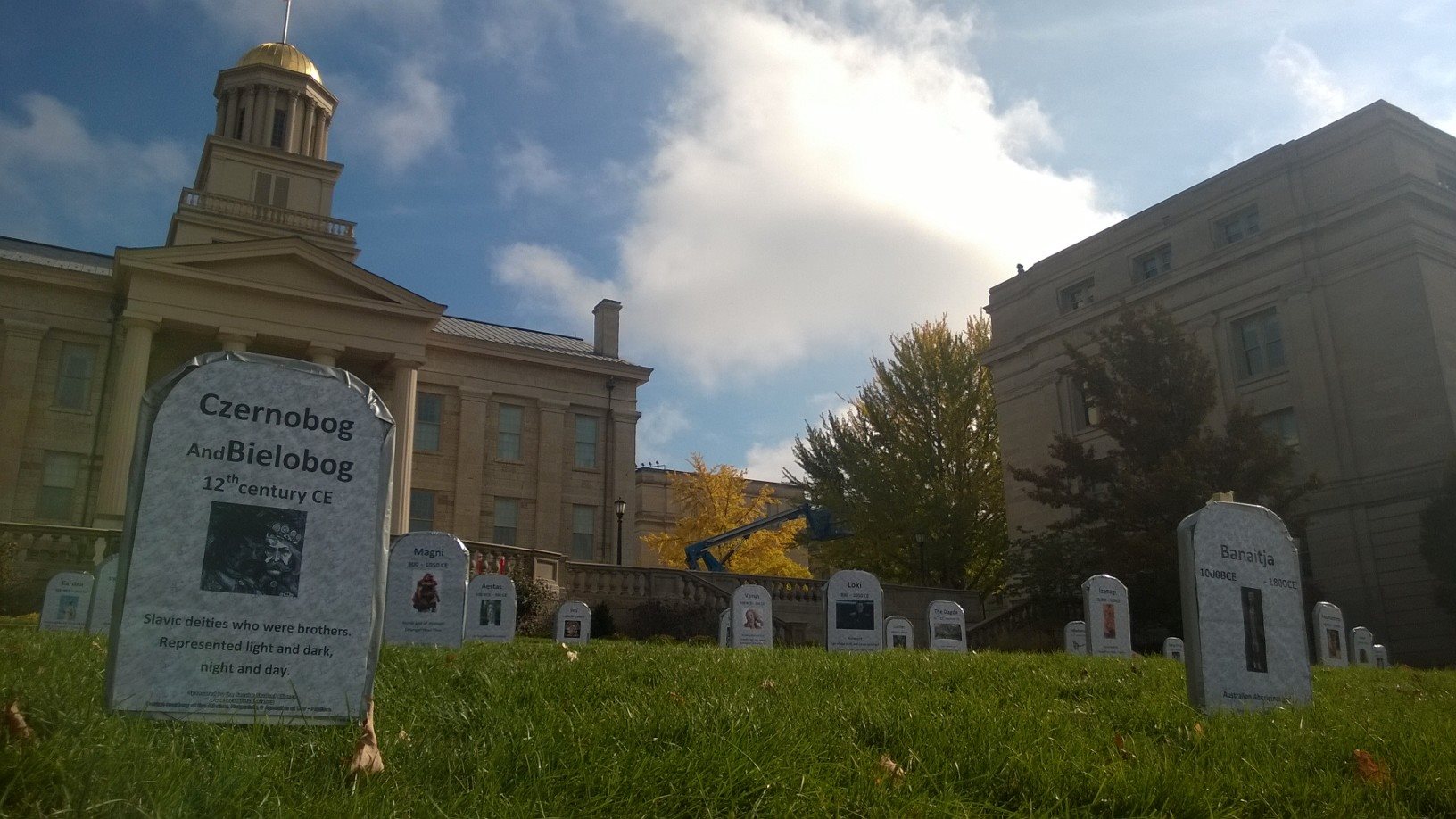 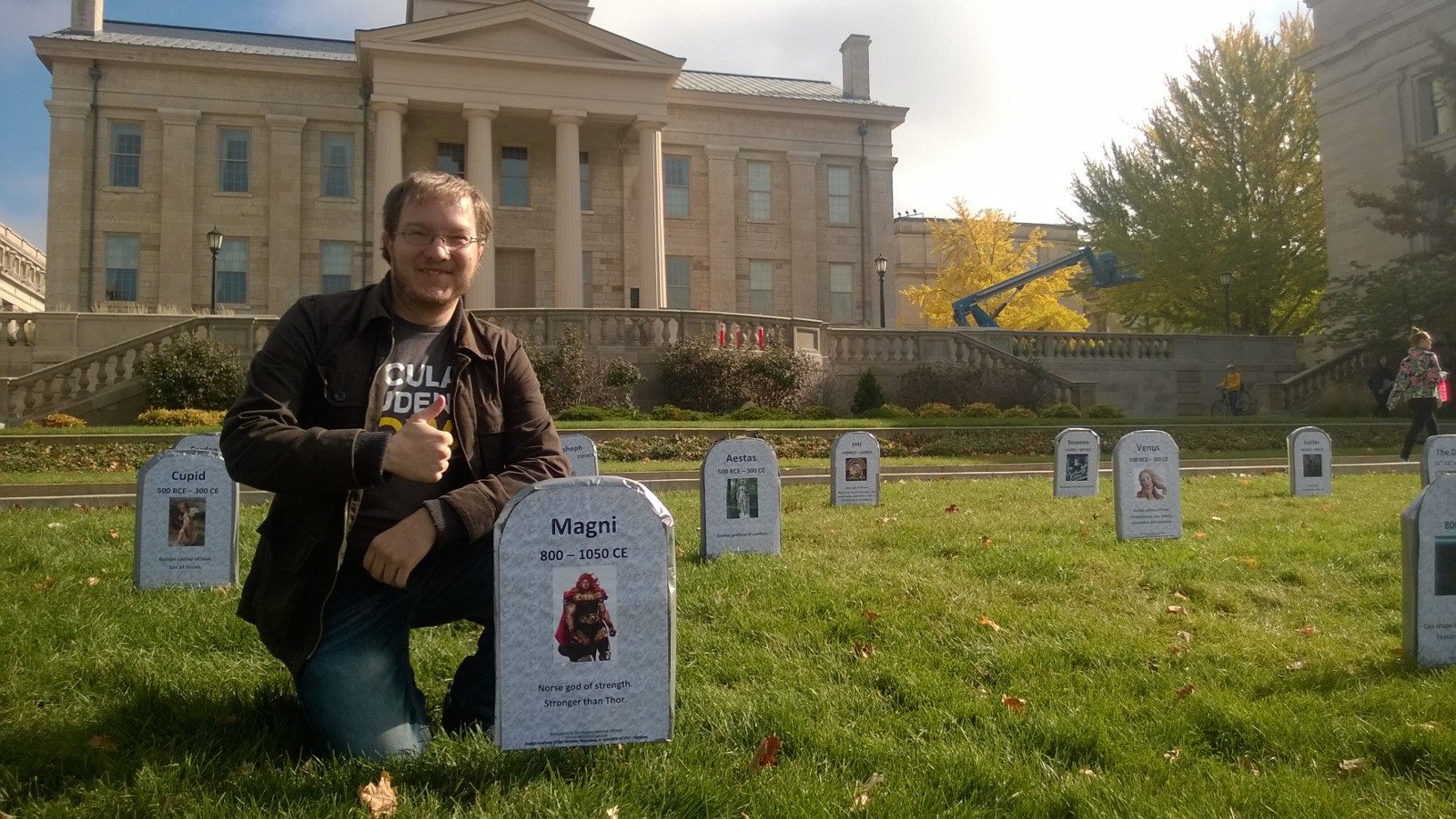 The display, [public relations coordinator Ian] Wold said, is meant to make an a visual argument against the famous philosophical wager offered by the 17th-century mathematician Blaise Pascal: That it’s supposedly in everyone’s best interest to behave as if God exists, because the possibility of eternal punishment outweighs any advantage in this world of believing otherwise.

“Pascal’s wager doesn’t work because it assumes there is only one god to make a wager against,” he said. “It’s simply impossible when applied to the worship of all these gods.”

November 2, 2015
Canadian Wife of Man Injured in Bangladesh Attacks Calls on Her Government to Take Action
Next Post