Sam Harris will be speaking in Australia this January for a group called Think Inc., and advertising has already begun. The group created billboards featuring lines from some of Harris’ books… only to have them rejected for being too discriminatory.

Here are the billboards. Good luck trying to figure out who’s being discriminated against. 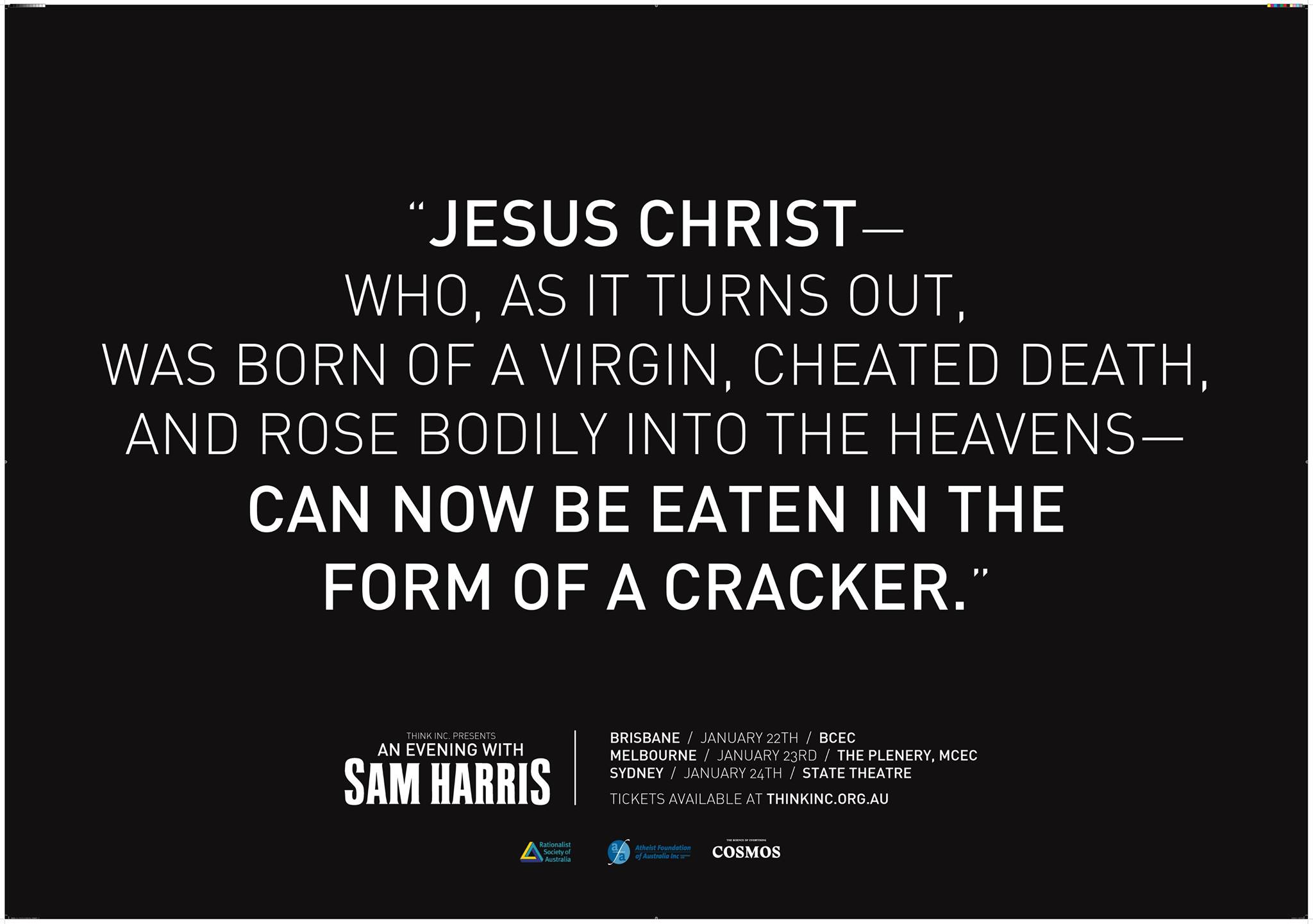 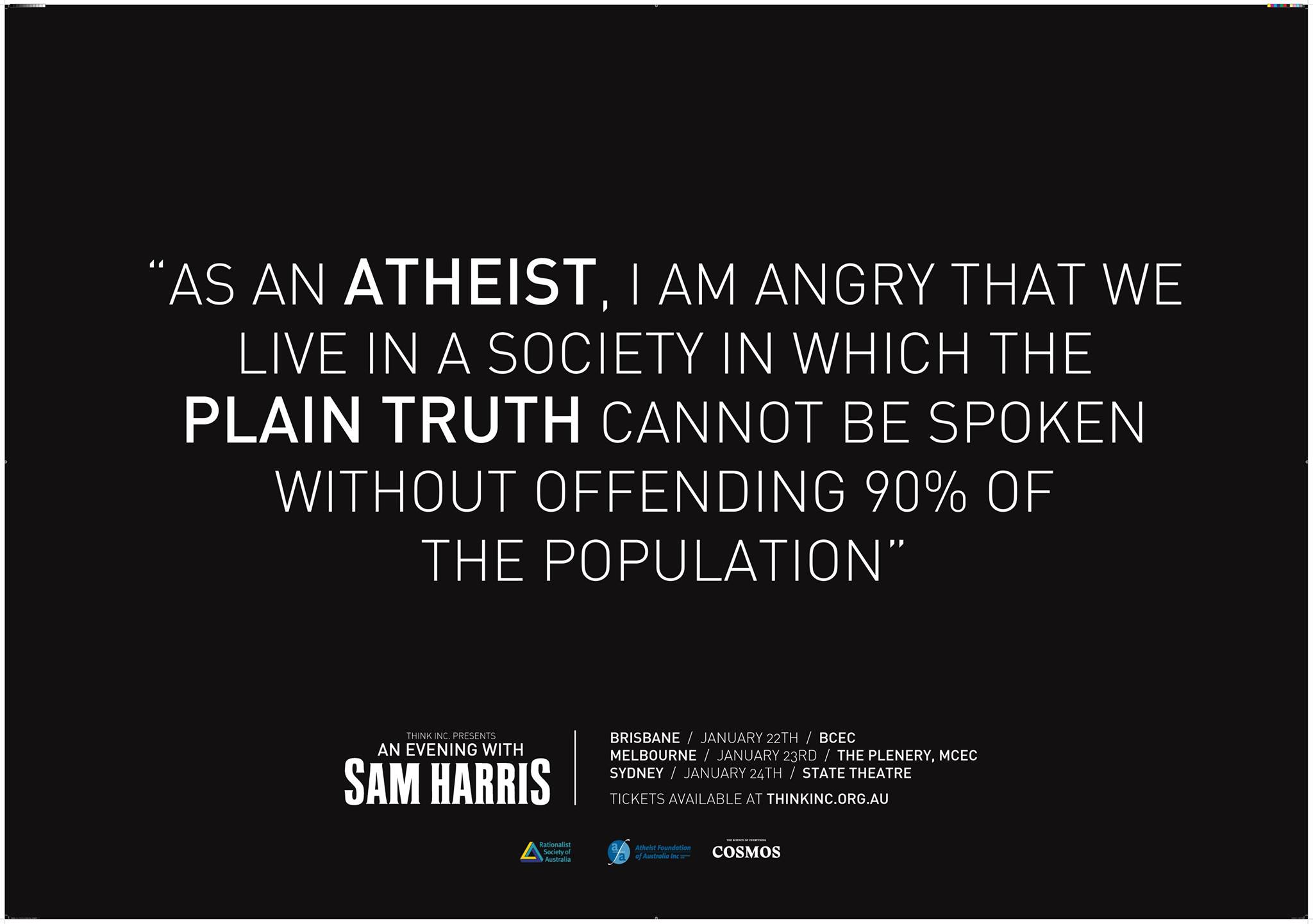 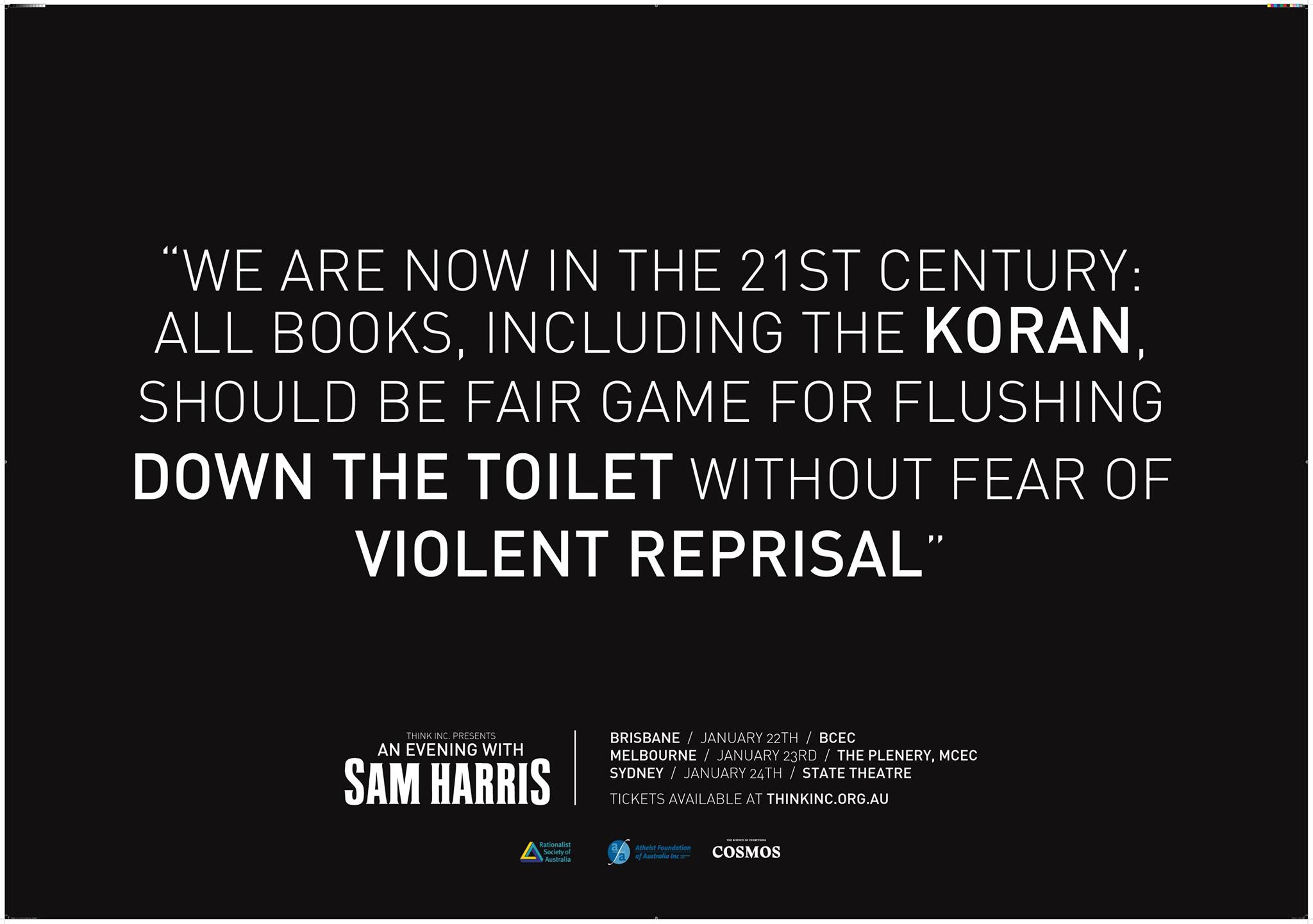 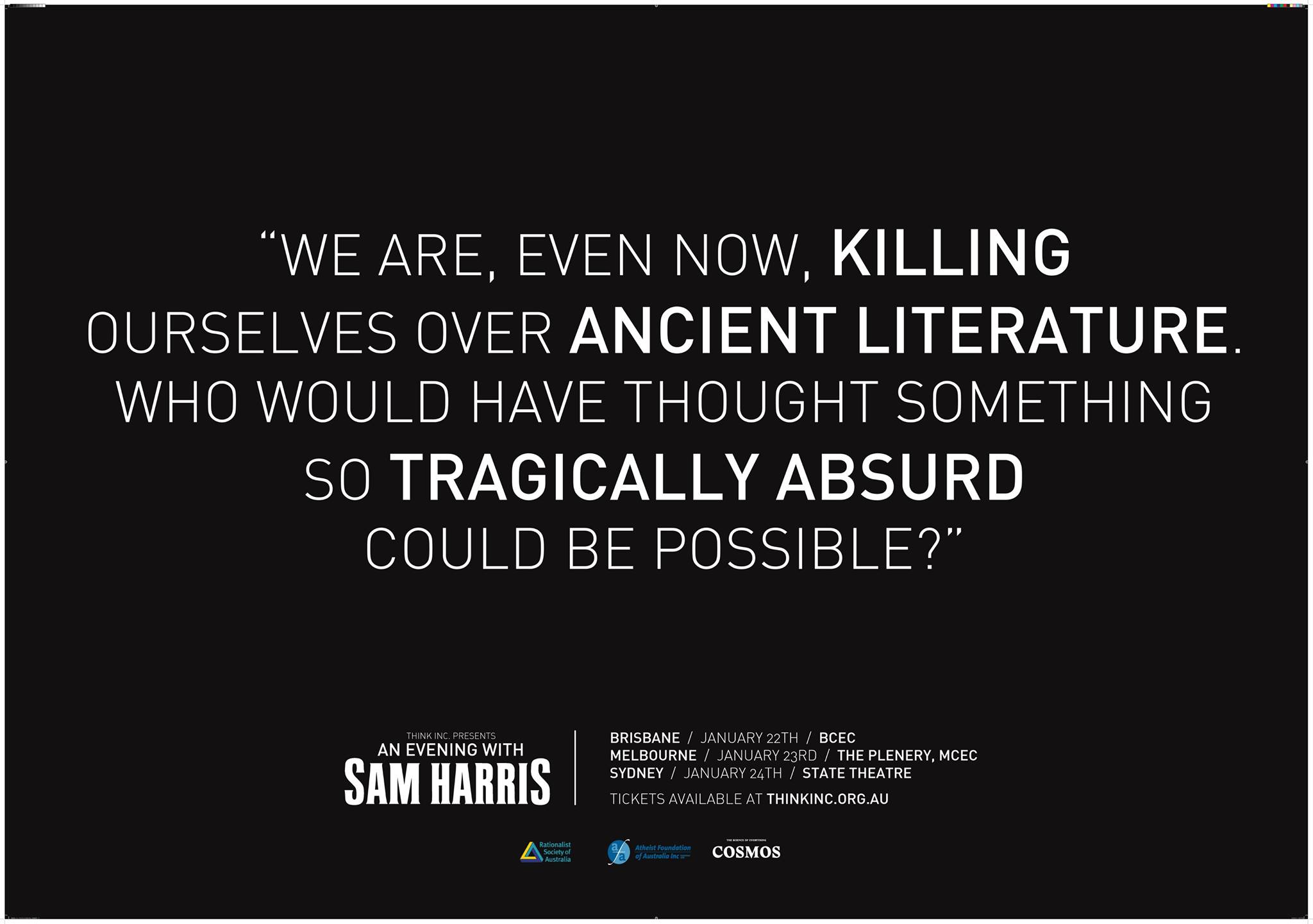 Our recent posters promoting the upcoming tour of An Evening with Sam Harris appear to have garnered a shortage of favour from APN Outdoor, who have refused to advertise a series of these posters as billboards. APN’s justification for this has been based on the perception that Think Inc. has violated section 2.1 of the Outdoor Media Association’s (OMA) code of ethics: “Advertisements shall not portray or depict material in a way which discriminates against or vilifies a person or section of the community on account of race, ethnicity, nationality, sex, age, sexual preference, religion, disability or political belief.”

While the Think Inc. team wholeheartedly acknowledges, appreciates and respects this section of the code of ethics, and agrees that all prospective companies seeking to advertise publicly should adhere to this code, we strongly disagree that our series of posters is in breach of it. We would like to publicly state that with them it is not at all our intention nor our mission to promote what has been perceived by APN as any kind of vilification, discrimination or bigotry towards any specific social group; what we do promote, however, is a rational and critical discourse of ideas, and the opening up of an intellectual dialogue that must be had.

To reject these posters is to censor free speech — pure and simple. Especially when other advertising agencies, such as Facebook, Google and Rock Posters have done so with no issue whatsoever.

I couldn’t agree more. What Harris said about Jesus is what Catholics actually believe. His other comments are either legitimate comments or fair questions. There’s no discrimination taking place. People are just uncomfortable having their sacred cows challenged.

Harris himself was surprised by the rejections, telling me this via email:

“Although I didn’t play any part in designing those billboards, it is fairly alarming that APN Outdoor feels that the public must be protected from them. I suppose I’ll have to go down there and tell them why they are wrong about this. I recommend that everyone eat a healthy serving of Jesus crackers before the event.”

Remember: These are topics that need to be addressed precisely because so many people prefer to avoid them entirely.

If you’re in Australia, you can find tickets for Harris’ talks right here.