Credit where it’s due: Pastor Doug Kriz of Grace Christian Church in McKinney, Texas wanted his congregation to get to know atheists in their community. Not to preach to them — not yet, anyway — but to understand why they might disagree with Christian beliefs and to break down the stereotypes.

To do that, he had a public conversation with two local atheists. No shouting. No preaching. Just a chance to hear Kyle and Janie Oyakawa‘s stories firsthand. 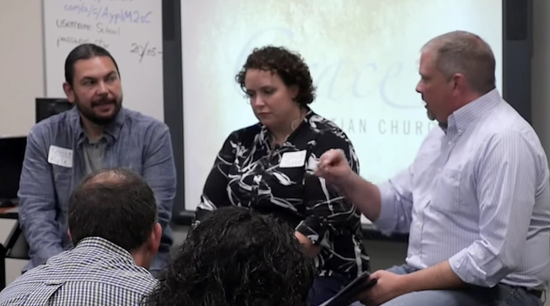 I would love to see other churches hold similar events. We know there are plenty of atheists who would love the opportunity to talk about why they are no longer religious — and who can do it in a way that won’t alienate Christians in the crowd.

I haven’t had a chance to listen to the entire conversation yet, but if any parts stand out to you, please leave a timestamp/summary in the comments!