The leaders in El Dorado, Arkansas have a nasty habit of posting Bible verses on the Facebook walls of the city’s official page and the police department: 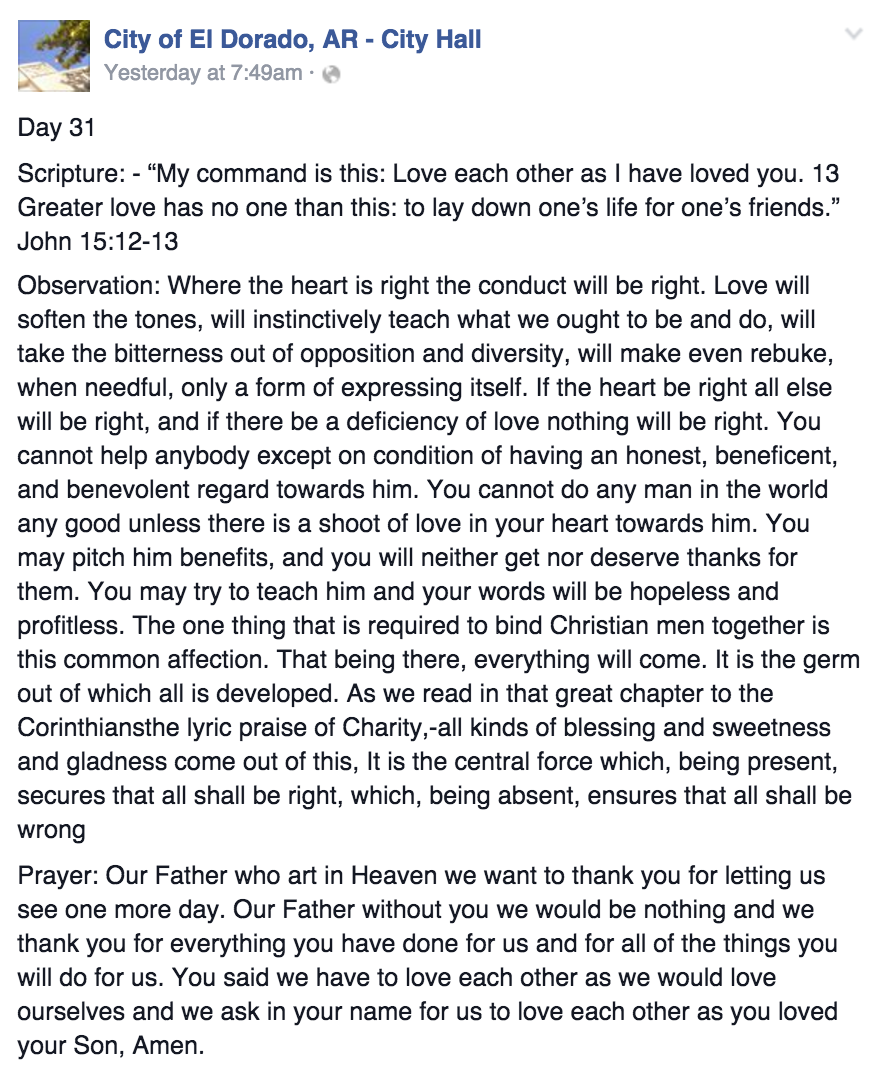 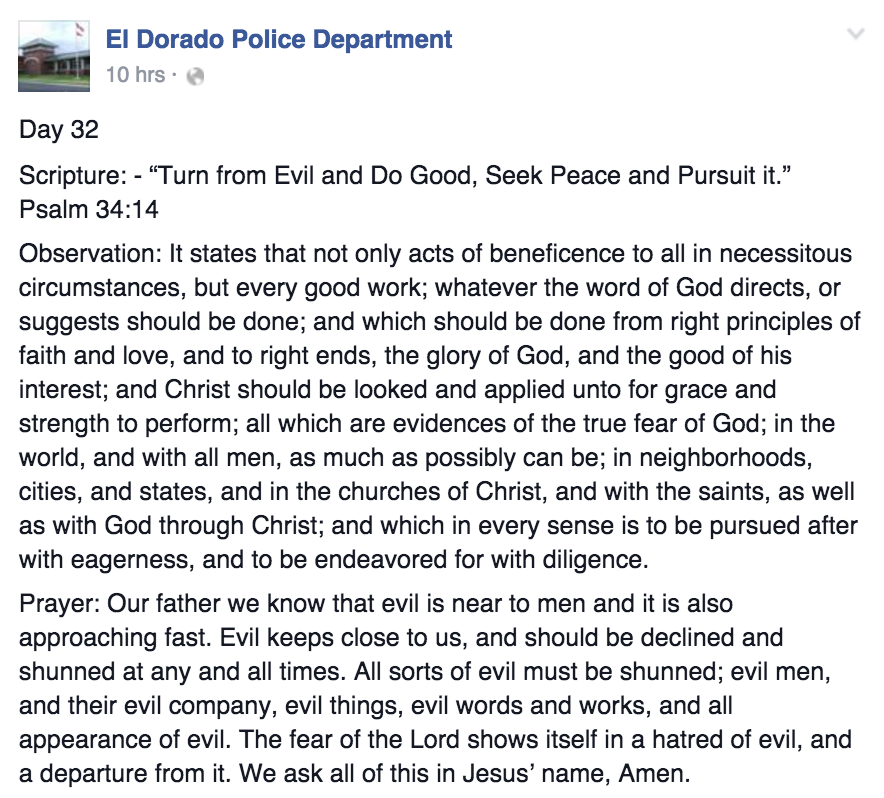 So the Freedom From Religion Foundation sent city officials multiple letters warning them about the legal problems. If they continue doing this, they could face a lawsuit.

Alderman Vance Williamson, who made the motion on Oct. 8 to repost the 40 Days’ topics to the municipal Facebook pages, argued that the city is not promoting one religion over another.

Williamson said he has seen postings pertaining to other religious beliefs on the city’s Facebook pages.

[Mayor Frank Hash] made similar statements regarding postings on the city’s websites, “There are no restrictions. If an atheist wants to post something on there, they can. There’s no limitations, as long as it’s in good taste.”

Anyone who actually uses Facebook can tell you that’s not how it works.

There’s a difference between strangers making posts on a public page and city leaders themselves making those posts. The two are even separated from each other because Facebook knows most visitors only care about the “official” posts.

That said, FFRF is urging atheists to make posts on those pages (emphasis theirs).

… FFRF encourages its members to accept the alderman’s invitation to tastefully promote atheism and minority religions on the city’s Facebook pages.

Please visit the Facebook pages below and advocate your personal viewpoint on religion, whether you identify as atheist, humanist, Pastafarian, Satanist, or anything else at all. Please be polite and be respectful — do not give the city any legitimate reason to remove your posts.

It would be helpful to include an objection to using the city Facebook to promote Christianity. Religion is divisive!

City officials have reached out to the religious group Alliance Defending Freedom for legal help… so you know this is just going to get worse for them since they’ll likely be getting awful advice.

Have fun paying FFRF’s legal bill, El Dorado residents. Because that’s what you’ll be doing if your local leaders keep this charade going.

October 29, 2015
Satanist Sues Florida County for Rejecting Him as an Invocation Speaker
Next Post

October 29, 2015 Thomas Jefferson’s Struggle with Islamic Brutality
Browse Our Archives
What Are Your Thoughts?leave a comment