What I Said to Bernie Sanders About His Appearance on Jimmy Kimmel Live October 27, 2015 Hemant Mehta

This is a guest post written by Justin Scott. He’s a professional photographer and passionate atheist.

On Friday night, I had a once-in-a-lifetime opportunity to photograph a presidential hopeful and represent atheists at the same time. Bernie Sanders was making an appearance at the historic Adler Theater in Davenport, Iowa for an event called “Rockin the Bern” and I had the chance to photograph him.

How did that happen? A friend of mine is running for the Democratic nomination in Iowa’s 1st District and was invited to introduce Mr. Sanders, so I acquired a media pass to photograph my friend and the event. (I wasn’t representing any media outlet and — full disclosure — I’m making my images available to both my friend’s campaign and the Sanders campaign.) 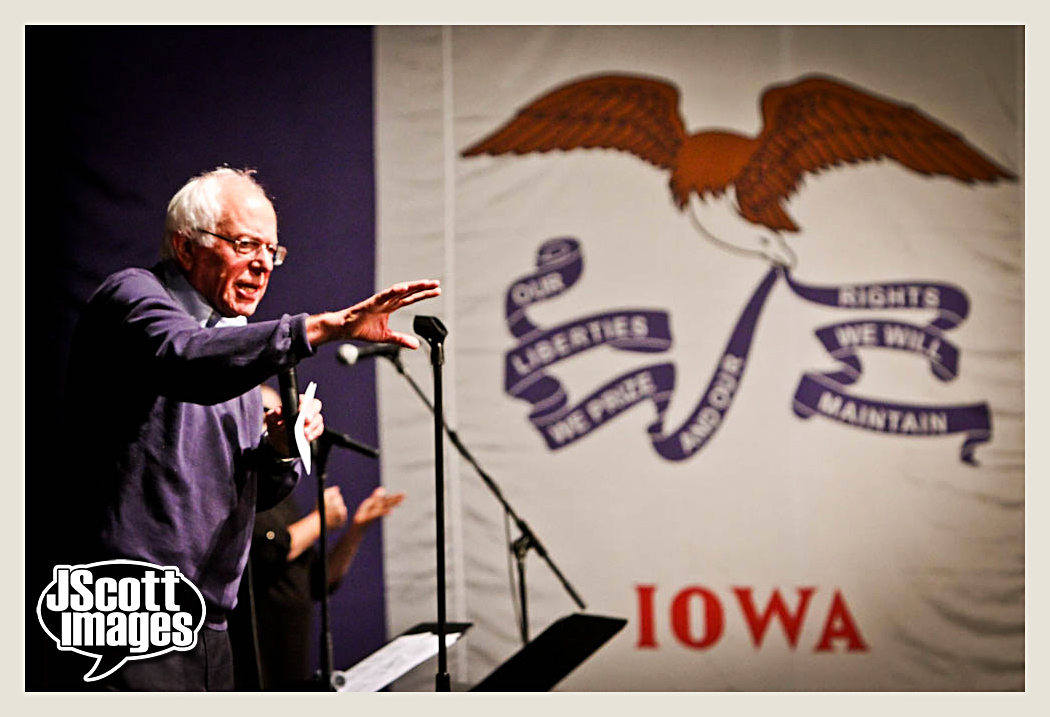 ​As I drove the two hours from my house to Davenport, I began thinking about what I would say or ask Sanders if I had the opportunity at some point in the night. My mind immediately went to religion.

I had just read on this site about his interview on Jimmy Kimmel‘s show. After watching it, I thought his answer to a question about faith was spot on. Sanders told Kimmel, “I am who I am… what my spirituality is about is that we’re all in this together… I think it is not a good thing to believe that, as human beings, we can turn our backs on the suffering of other people.”

I wanted to make sure that Sen. Sanders knew how other readers and I had felt.

When Sen. Sanders was done giving his speech, he left the stage and went to a private meeting with some of the singers that had performed at the show, including Wayne Kramer, Marshall Crenshaw, William DuVall (of Alice in Chains) and Iowa’s own Brother Trucker. 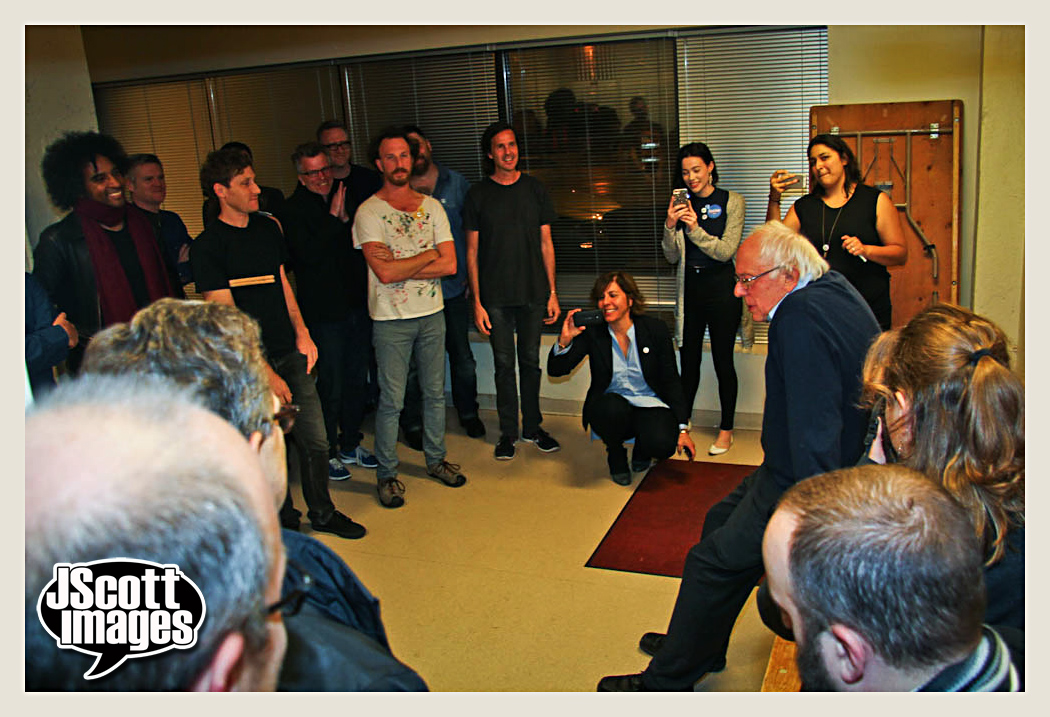 I stood in the staircase leading up to that room, waiting for Sen. Sanders to walk out. I was committed to doing whatever I could to let him hear that there are atheists that support both what he said on Kimmel but his campaign in general. I stood quietly and tried not to draw any attention. From all of the political events that I’ve photographed, I know photographers aren’t allowed to just hang out like this, so I knew I was operating on borrowed time.

After he finished speaking and taking pictures with the singers, his staff began telling us to clear out. I purposely took my time walking down the stairs to increase the chances of a run-in with the Senator. Then he emerged.

He came right toward me as he was going down the stairs, escorted by members of his staff. Within a matter of seconds he was a step behind me. I made eye contact with him, smiled at him and told him, “Great speech, Mr. Sanders.”

He tapped me on the shoulder and with a smile replied, “Thanks.”

This was my chance. No going back now.

“Mr. Sanders, I just want to let you know that what you said on Kimmel the other night about your faith was great and has won over many in the atheist community.”

He stopped walking and gave me a curious grin.

I don’t know if he thought I was just trying to pull his leg, or if I was an undercover operative for Donald Trump going for a “Gotcha” moment, so I followed up quickly. I knew he’d be gone and heading to his next event within a matter of seconds.

“Yes, Mr. Sanders, it was great and very inclusive. Your message really resonated with many atheists. The atheist bloc of voters might need to be your next bloc of voters to target.”

“I’ll keep that in mind,” Mr. Sanders replied with a smile. He thanked me for sharing the story with him and, just like that, he and his entourage were gone. I was just excited I could send along that message on behalf of many atheists who are sick of the religious pandering we’re used to seeing in politics.

October 27, 2015
Pat Robertson: Gay Marriage Only Applies to the Couples Who Argued in Front of Supreme Court
Next Post