She Lost Her Newborn Daughter, but Please Don’t Comfort Her with Religion October 26, 2015 Hemant Mehta

She Lost Her Newborn Daughter, but Please Don’t Comfort Her with Religion

Priscilla Blossom lost her daughter a mere 8 hours after birth. It’s a possibility that’s frightening for me on a personal level and I know many of you have had to deal with it in your own lives. As she and her husband dealt with their grief, what made things even worse were all the religious friends and family members who used religious language to comfort her: 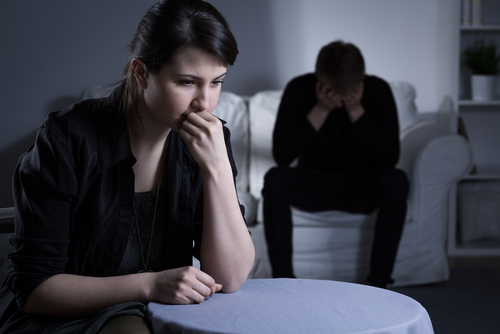 Those around us did their best to offer words of comfort, but after a while, I became tired and even resentful of the comments about my daughter needing to go be with Jesus. Worse still, I isolated myself so I wouldn’t need to hear their “comforting” words because all they did was make me feel worse. Like so many other non-believers, I cannot wrap my head around the idea that there is some supreme being that allows these sorts of things to happen, commands them to happen. Being a bereaved parent is hard enough, but being one when you don’t believe in god is something else altogether.

The thing is, though, if you tell someone of faith that you don’t believe your child is in heaven, you’re met with confusion, or sad looks, or sometimes even a bit of anger. People don’t understand how or why you wouldn’t want to believe that your child is in a better place. Quite often, they take it as a personal attack on their belief when it’s really more about being honest about your own grief. It’s funny how inconvenient my lack of faith as a bereaved mother can be for those on the outside. (Actually, it’s not funny at all.)

It’s a really touching essay and one that may help many of you who have lost a loved one (of any age).