In Iceland, support for church/state separation is at an all-time high of 55% according to a new Gallup poll. At the same time, only 24% are against it (the rest had no opinion): 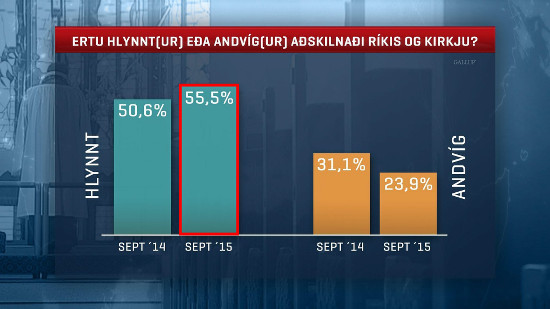 Perhaps the best part about the results is that the greatest support for separation of church and state (79%) comes from supporters of the Pirate Party — the same group that got the nation’s blasphemy laws repealed a few months ago. They’re on the far left in the chart below: 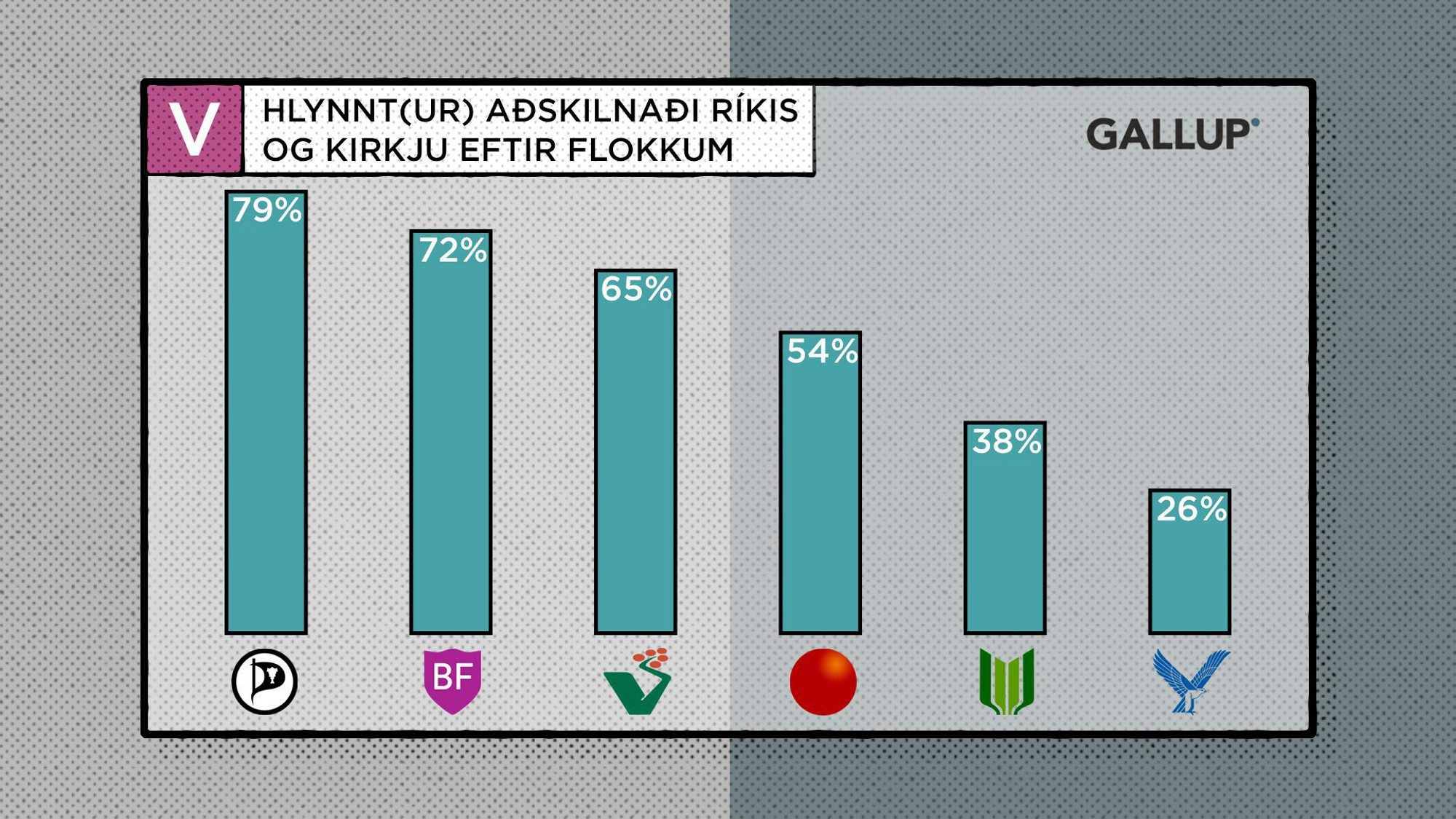 It’s ironic, then, that the nation’s Bishop feels this is all unnecessary:

Bishop of Iceland Agnes M Sigurðardóttir told RÚV she believes there already is separation of church and state, and can even pin it down to an exact year: 1997, when the church handed over some 600 properties they used to own to the state.

There’s already separation? Then explain this:

The 2016 budget calls for a payout of 5.8 billion ISK [$45 million USD] to go to the church. The national church also operates under the auspices of the Ministry of the Interior, which helps determine how much of the national budget goes the church’s way.

It’s a good thing the people of Iceland want separation of church and state, since there’s plenty that needs to be fixed. The question is whether they can be mobilized.

(Images via RÚV. Thanks to Brian for the link)

October 25, 2015
Young Atheist Told to Just Be Herself in Dear Abby Column
Next Post