Christian Leader Says Atheists Are Actively Suppressing God’s Truth: Is That a Kind of Bigotry?

Greg Koukl, a Christian apologist, made a video recently in which he said God’s existence is obvious and atheists are just trying to suppress the truth.

He compared us to people trying to hide a beach ball underwater, doing everything we can to keep it down. (He’s wrong, of course. Atheists are saying there’s no beach ball at all. We’re not fighting the truth; we believe in a very different reality altogether.)

Koukl’s comments are indicative of someone who’s never talked to an atheist before. 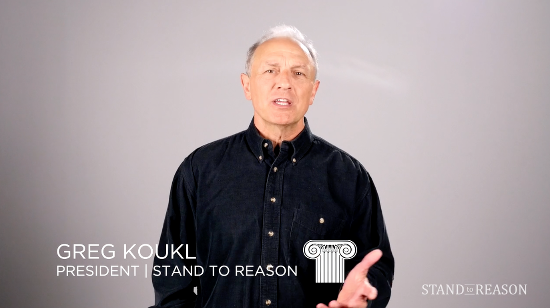 It gets weirder. If you are interpreting Romans 1:18-19 the same way Koukl is — saying that those who question God are wicked people trying to fight against the obvious — then that means he’s also condemning Christians who have religious doubts. But there are times when even religious people question God’s existence, like when a loved one dies unexpectedly. Are they actively “suppressing” God or are they just questioning why something bad happened?

That’s what Randal Rauser wants to know. Rauser is an evangelical Christian and seminary professor, and he says Koukl is wrong to assume these things about those who question God:

When Christians categorically deride all atheists without exception as evincing sinful rebellion in virtue of failing to affirm the proposition “God exists”, and they persist in doing so based on such grossly inadequate evidence as Greg Koukl [provides], then it seems to me they are culpable of bigotry.

Rauser even proposes a word for this type of unfair characterization of all atheists:

… it seems to me time to promote a succinct term which can be invoked to flag anti-atheist bigotry. To that end, I propose “misoatheism”. The word derives from “misos” (Greek for “hatred”) and atheism. And it parallels another little used term: misotheism (hatred of God).

I like the word, though I’m not sure Koukl’s beliefs warrant it. He’s not necessarily guilty of bigotry against atheists — it’s not like he’s treating us differently or suggesting we be treated differently. He’s just flat-out ignorant about why we don’t believe in his God. He needs to be educated because he just doesn’t know any better.

There’s more discussion about all this taking place in the comment threads of those article linked to above. Feel free to chime in there or here.

October 25, 2015
Church Gives County Officials $2,000 to Thank Them for Promoting Christian Prayers at Meetings
Next Post