Last month, Lawrence Krauss wrote an article for the New Yorker‘s website about why all scientists should be “militant atheists.” His argument was that good science relied on good evidence, and since religious claims aren’t based on evidence and are seriously harmful, scientists should actively fight against them.

Keltner Locke, an administrative law judge writing for The Tennessean, isn’t happy with that article at all. He especially didn’t like that Krauss wrote about how there’s a “purposeless” quality to the universe; it works in ways that have nothing to do with God’s Magic Hand. 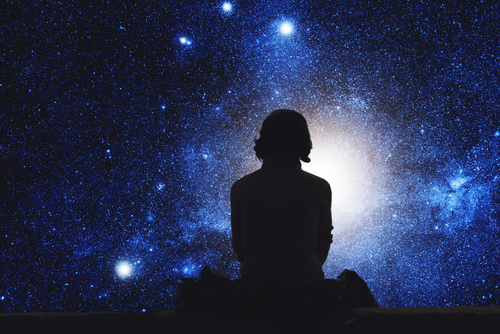 Locke says the universe *obviously* has a purpose. And he’s going to tell us why.

If Krauss, an astrophysicist, sees no purpose in the universe, he is observing with the wrong scientific instrument. Instead of a telescope, he should try a mirror.

A distant nebula, made of interstellar dust and particles, glows magnificently, but if that beauty fails to suggest purpose, he should consider something else atoms and dust can do: Convene as a living being. Somehow, inanimate matter comes to life, then sees and wonders.

Remarkably, the universe erupted into existence with physical constants within the narrow range necessary to support life. And us?

We’re driven not merely by physical needs but by a compulsion to search for purpose. Doesn’t that sound like something’s afoot?

No, it really doesn’t. (And the fine-tuning fallacy is something Krauss addressed in another New Yorker essay earlier this year.)

The scientific method does a much better job finding the “what” than the “why.” To find the “what,” a scientist uses the logical and mathematical parts of the brain while trying to keep emotions out. To seek the “how,” religion calls on the entire person, emotions as well as intellect, because life itself involves the whole person.

First of all, it’s not that science does a “better” job at explaining what’s going on, because that implies religion is almost as good. It’s not. There’s science and there’s guessing. Religion falls in the latter camp.

As for the “why” — as in “why did all this happen?” — that’s simply not a scientific question. It’s a philosophical one we must answer for ourselves, and religion is one way to do it. That doesn’t mean those explanations are automatically honest or accurate.

The militant atheist uses the wrong instrument, a telescope, and looks for purpose in the wrong way. We find purpose in the universe, and God, by feeding the hungry, clothing the naked, visiting those who are sick and those in prison, and even by giving a glass of cool water to someone who thirsts. We seek and find God in that way because we trust his words, “inasmuch as you did it to one of the least of these my brothers, you did it to me.”

How much of a straw man can one guy build? There’s no wrong way to find purpose in life. If understanding your place in the universe does it, as many atheists will attest to, great. If watching your children grow up or devoting your life to a cause gives you meaning, fantastic. If Jesus makes you feel better about yourself, so be it. But you don’t need God to have a meaningful life.

Ultimately, science is about natural explanations. It explains how things work, within natural limits. We’re the only ones who dare to think there’s some reason for it all as if there’s an answer waiting to be found. Just because Krauss is honest in saying the universe has no ultimate purpose that we can prove doesn’t mean atheists are nihilists.

The whole essay contains a lot of awful judgment from someone who’s supposed to be rational for a living.

(Image via Shutterstock. Parts of this piece were edited since it originally went up.)

October 24, 2015
The Rap Guide to Religion is Now Available
Next Post

October 24, 2015 Ben Carson Cites Fake Scandal to Show Why Colleges with "Extreme Bias" Shouldn't Get Federal Funding
Browse Our Archives
What Are Your Thoughts?leave a comment