A couple of years ago, a Florida Atlantic University professor was teaching students about the power of symbols. To illustrate his point, he asked students to write the word “Jesus” on a piece of paper and stomp on it. The fact that many students felt uncomfortable was precisely his point: Why are we suddenly so hesitant to ruin something that we normally wouldn’t think twice about? 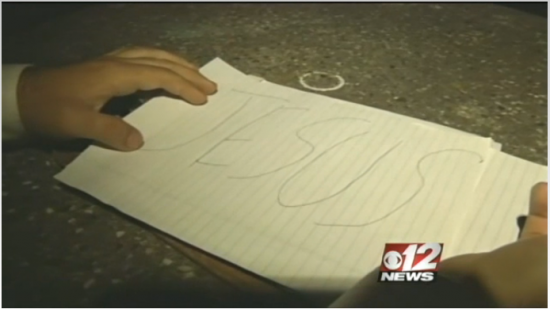 That professor soon got in a lot of trouble because a student complained that this was somehow an anti-Christian exercise. Conservative media outlets jumped on the story, neglecting the fact that the professor was actually a Sunday School teacher himself.

Dr. Ben Carson, who has a nasty habit of ignoring reality, used that FAU story as an example of what he would put a stop to when he becomes President. In an interview with talk radio host Dana Loesch on Thursday, Carson said he planned to cut federal funding from schools like FAU that he deemed guilty of “extreme bias.”

Carson said there would be “very strict guidelines” for which schools would be punished, but if FAU fits the bill, then you have to assume the bar would be set so low that any school accused of making Christian students feel uncomfortable would be in trouble.

So good luck to all those schools with science departments. Your funding’s about to be cut by President Carson.

October 24, 2015 The Bible Could Have Used a Copy Editor...
Browse Our Archives
What Are Your Thoughts?leave a comment