Donald Trump: When I’m in Office, Every Store Will Be Saying “Merry Christmas” October 23, 2015 Hemant Mehta

Donald Trump: When I’m in Office, Every Store Will Be Saying “Merry Christmas”

Donald Trump told a crowd in Iowa this week that when he’s in office, he’ll guarantee that every store will say “Merry Christmas.”

Even though he can’t. 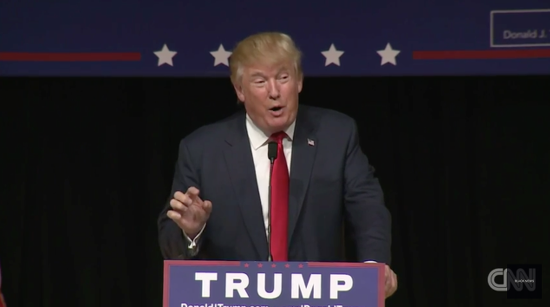 He went on to say “other religions can do what they want,” which seems to contradict the previous statement. Then again, logic was never one of his strong suits.

Trump added that it’s a travesty for “them” to “take away the word ‘Christmas'”… even though no one’s doing that. Some stores just prefer that employees say “Happy Holidays” because their customers aren’t all Christians. It’s a better umbrella phrase.

Trump is merely demonstrating what we’ve all known for a long time: inclusivity and respect for other people are not Christian traits.