In Colombia, Atheists Protesters Attacked by Catholics in Public Park

This past Sunday, at a public park in the Castilla neighborhood in Colombia, a local Christian leader named Jesús Hernán Orjuela (a.k.a. Father Chucho) led a religious service. If that seems strange, you’d be right. You can’t just take over a public park to hold a church meeting.

So in response, members of the Asociación de Ateos de Bogotá (Atheist Association of Bogotá) stood in the park, holding up signs in protest. 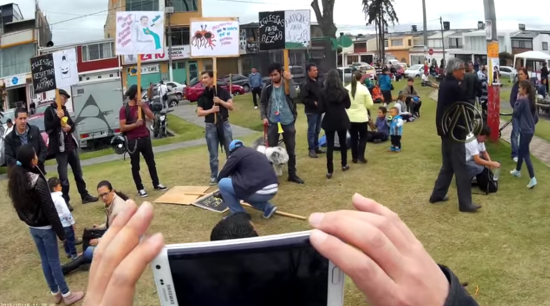 You can see signs with the Flying Spaghetti Monster on it. There was also a large banner reading “Ninguna iglesia por encima de las leyes” — No church above the law.

And how did that go over?

According to sources, Orjuela told the large crowd that the atheists were there to carry out attacks on the church. 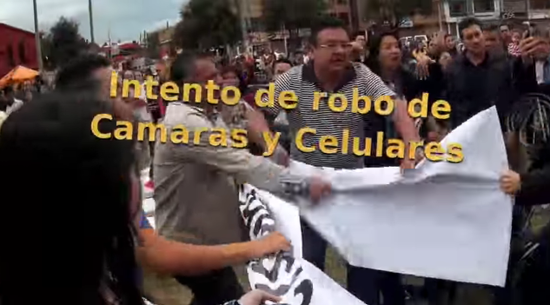 You can see the full set of videos here.

I know these are just bits of information, but here’s the takeaway: At a public park that everyone should have a right to gather at, Catholics attacked atheists who were passively standing on the side, holding up signs suggesting the church shouldn’t be receiving special rights. And the priest in charge, instead of telling the crowd to just relax and ignore them, gave them reason to be reactionary.

(Thanks to Elisaúl for the link)

October 22, 2015 When Asked About His Religious Beliefs, Bernie Sanders Says "I Am Who I Am"
Browse Our Archives
What Are Your Thoughts?leave a comment