A few months ago, I had a long conversation with Bart Campolo, a former evangelical Christian and current Humanist chaplain. Our talk was both illuminating and emotional since we spent the bulk of it discussing death. 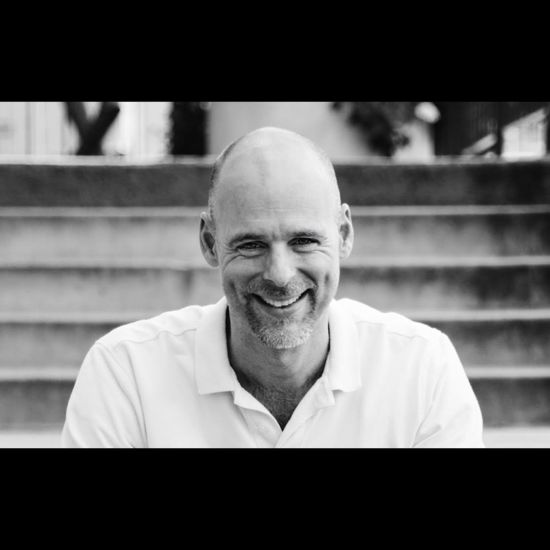 Now, in an extensive interview with Warren Cole Smith at World, Campolo is explaining how atheists, too, can find meaning in life. Smith asked: “What spiritual nurturing would someone who doesn’t believe in a spiritual life need?”

It’s interesting that you should ask, because here’s the thing. If somebody came to the conclusion, as I did a number of years ago, “I think this life is all there is. I think that when I die I’ll be dead,” the most immediate question that came to me was, if this is it, how do you make the most of it? I have this wonderful opportunity to be a sentient human being, to be able to think and feel and understand and fall in love and have relationships. How do you make the most of this life? I think that, for a lot of people, they say, “Make a lot of money, buy a lot of stuff,” but if you check the data, what you’ll find is that people who make a lot of money and buy a lot of stuff don’t necessarily, at the end of their lives, have the greatest sense of well-being, or the sense that they invested their lives well, or they don’t have the greatest sense of joy and happiness.

You say, “Well, then use a lot of drugs.” Statistically speaking, that doesn’t work out too well, either. “Well, have sex with as many people as possible,” and you go, “Yeah, it doesn’t prove out.” You’re still like, “Well, who does end up with the best life? Who ends up feeling the most fulfilled?” It’s people that have loving relationships, and who do work that they feel makes the world a better place, and who cultivate a sense of gratitude and a sense of wonder at just the amazingness of being alive and living in this universe with all its beauty and all of its stuff. Spiritual life for people like that would say, “OK, I want to pursue that. I want to live that way, how do I do that?”

That’s a beautiful way of putting it. There are so many ways for atheists to get a sense of fulfillment in life and God never has to come into the equation.

That’s also what’s angering Creationist Ken Ham. He summarized the whole response by saying the sort of life Campolo wants you to lead would be a wasted one.

Instead, we need to believe in bullshit to make this life meaningful!

… Campolo believes that once he dies, and when others (including the people he supposedly helps have a fulfilling life) also die, then that will be the end of them! They won’t even know they ever existed. So for all his fluffy talk about living a full life and falling in love, and so on, ultimately life is all totally pointless! All he is doing is leading others to a purposeless, meaningless life — on their way to eternal separation from God in a place the Bible calls hell.

It’s the sort of thing people say only when they don’t know any atheists.

Atheists don’t live “purposeless, meaningless” lives. Hell, we could tell you precisely what gives us meaning. We don’t need to believe in the supernatural to be happy.

Ham also has some words for Tony Campolo, Bart’s father, a famous evangelical Christian in his own right. Tony is well-known for practically spearheading the Religious Left. He even came out this summer in support of marriage equality.

Ham says Tony didn’t do a good enough job of raising his son since Bart left the faith. If only Tony had taught a more fundamentalist form of Christianity at home, Ham says, that wouldn’t have happened!

What happened here with Bart Campolo should be another reminder to parents to be diligent in training their children to stand uncompromisingly on the Word of God and in equipping them to defend the Christian faith. Knowing what his father believed and taught, Bart did not grow up in a household where the Word of God was authoritative and accurate from Genesis to Revelation.

It’s a low blow… and an idiotic one, too.

It’s so much easier to walk away from religion when it requires belief in objective nonsense like Creationism. But when Christians are inspired by their faith to fight for social justice and civil rights, you’re much more willing to overlook all those Bible stories.

Bart didn’t leave the faith because his father wasn’t fundamentalist enough. He left because the faith, at its core, isn’t supported by the evidence. Bart and Tony have a good relationship. They love each other; they just disagree on theology. And that love isn’t dependent on whether Bart adheres to specific doctrine that has been repeatedly debunked.

I’d hate to think of how Ham would react if someone he loved said she wanted to follow the evidence rather than his wacky interpretation of the Bible.

October 21, 2015 Former NFL Stars Say Their Coach Used to Spread Christianity in the Locker Room
Browse Our Archives
What Are Your Thoughts?leave a comment