Maine’s Governor Has Appointed a Creationist to Head Up the State’s Department of Education October 19, 2015 Hemant Mehta

I guess Texas is so big, it now extends up to Maine.

Maine’s Governor Paul LePage has appointed Bill Beardsley as the acting commissioner of the state’s Department of Education. 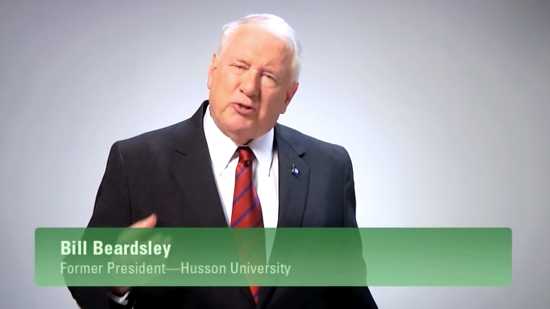 Beardsley, a former president of Husson University and former commissioner of the Department of Conservation, will be in the position for six months, though LePage could later recommend him to hold the position for much longer in an official capacity.

What’s the problem with that?

Beardsley, like LePage, believes Creationism should be taught in public schools.

When both men were running for governor in 2010 — LePage eventually won — they were asked this question in a Republican primary debate: “Do you believe in Creationism, and do you think it should be taught in Maine public schools?”

“I would say intelligence, uh, the more education you have the more knowledge you have the better person you are and I believe yes and yes.”

That’s a dumb answer no matter how you slice it.

More education is great, but lying to children doesn’t qualify as “more education.” Using that logic, we should also teach kids about astrology and alchemy and how to run with scissors since more information is always good.

But Beardsley’s answer was even scarier, in part because of how short and definitive it was:

“I would teach creationism.”

Now that’s a man who’s confident in his ignorance.

In the same debate, Beardsley also gave a terrifying response to a question about whether human activity contributed to global warming:

“I believe we should be focusing on our economy rather than chasing after issues that haven’t been proven in science.”

That’s the guy who’s now in charge of the state’s Department of Education.

Hope you had fun getting a quality education while you could, kids in Maine.

That’ll be coming to an end now.

October 19, 2015
A Former Muslim Talks About Why She Took Off Her Hijab for Good
Next Post