Louisiana Senator David Vitter, the pro-life, anti-gay, family-values Republican who’s currently running for Governor of his state, may be a hypocrite.

I know, I know… that wouldn’t be news since Vitter was embroiled in a sex scandal several years ago… but now, the escort that he saw for three years is claiming that (1) they had a child together which she gave up for adoption, and (2) Vitter, after being told about the child, told her to get an abortion.

So much for him being pro-life. 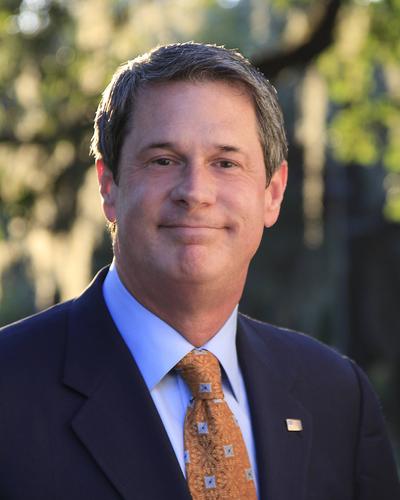 She revealed this to investigative blogger Jason Berry in a videotaped interview. Why now? Because she’s “terminally ill with an advanced form of lupus” and wanted to set the record straight before she died.

Ellis says in the video that she was four months pregnant when she told Vitter about her pregnancy. His first reaction was denial of paternity, followed quickly by telling her to get an abortion. She refused to abort the child and instead gave it up for adoption. Berry says he has and will continue to protect the identity and whereabouts of the child.

According to Gambit’s Clancy DuBos, who covers state politics, Vitter’s usual media silence won’t help him in this situation:

Berry told GAMBIT that Vitter’s campaign tried to intimidate him into not publishing the story. He says he got a threatening call from local attorney James Garner (a Vitter supporter and financial contributor) last Wednesday, Oct. 14. Berry says he asked to interview Vitter to get the senator’s side of the story, but that request — like virtually all such requests of Vitter — was denied.

This story is going to go viral, and Vitter will either have to answer all questions from the media or watch his campaign for governor implode in the final week. He cannot “manage” this crisis via press releases or prepared statements. The voters of Louisiana deserve a full, complete, open and no-holds-barred “come clean” from Vitter.

What’s amazing is that the people who support him — including a lot of Christians — don’t seem to care about his hypocrisy or extra-marital affairs. He votes conservative so they look beyond his lies. They re-elected him senator years after his scandal broke and they’re poised to throw him their support next week.

If he can do no wrong in the eyes of the voters, then this scandal just fades away.

It’s up to those voters to turn this into a story.