Kids in Ireland Now Taught That an “Afraid and Confused” Mary Said “Yes” to God Impregnating Her October 16, 2015 Hemant Mehta

The virgin birth has always been a point of contention for atheists. Not just because it’s implausible, but also because Mary didn’t consent to being impregnated by God and isn’t that pretty messed up?

Apparently not. In many schools in Ireland, six-year-olds are now being taught that Mary gave an enthusiastic “Yes” to God. 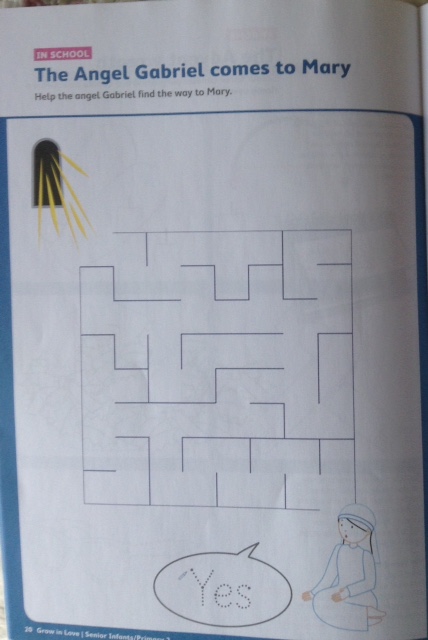 According to a new religious education class called “Grow in Love,” used in primary schools throughout the country, one lesson notes that an “afraid and confused” Mary who “did not understand what God was asking of her” consented to getting knocked up by the Lord.

(Forget the religious content for a moment. That is also one messed up first-ever sex ed class for these kids.)

Even the image of Mary in that maze is the same one kids see when she’s lying in her bed at night, alone, adding to the creepiness of that whole exchange. (Also, who knew Mary had a nice bed with flowers next to it?)

Here’s what the teachers’ manual says: 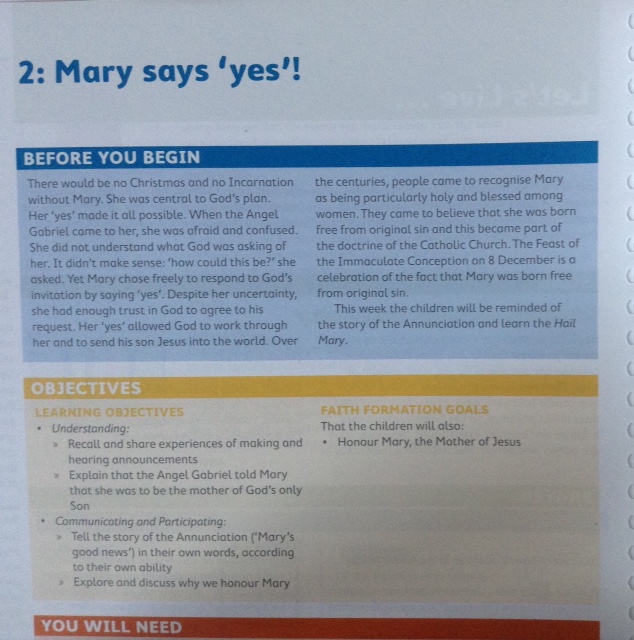 There would be no Christmas and no Incarnation without Mary. She was central to God’s plan. Her ‘yes’ made it all possible. When the Angel Gabriel came to her, she was afraid and confused. She did not understand what God was asking of her. It didn’t make sense: ‘how could this be?’ she asked. Yet Mary chose freely to respond to God’s invitation by saying ‘yes’. Despite her uncertainty, she had enough trust in God to agree to his request. Her ‘yes’ allowed God to work through her and to send his son Jesus into the world…

Atheist Ireland is appalled by the message this sends to children — from the Catholic Church of all places.

This is an extraordinary and dangerous message to give to young children. ‘SAY YES’!, even if you are afraid and confused. Just trust someone that comes to your bed in the night.

Of all organisations, the Catholic Church should know that we have higher standards of child protection today than were common when this myth was first invented two thousand years ago, at a time when Jewish girls were typically betrothed for marriage at about twelve years of age.

Keep in mind it’s not just private religious schools where this is being taught:

This is all kinds of fucked up.

(Thanks to Ashling for the link)

October 16, 2015
Teenager Beaten to Death Was Being Counseled by Church Members for His Supposed "Sins"
Next Post