10 Facts That Make Religion Interesting For Anyone October 16, 2015 Hemant Mehta

10 Facts That Make Religion Interesting For Anyone

I’m an atheist who loves religion. By that, I don’t mean that I believe in the supernatural or that I enjoy terrible acts committed in the name of faith; I mean I love learning about different religions and their histories, from the ancient Greek “mythologies” to the stories present in religions embraced widely today, I genuinely enjoy learning about the cultures that created them. I majored in Religious Studies in college so that I could look at these traditions from an academic and phenomenological approach and found that they are more interesting than many people realize. Here’s what you may not know about some major world religions (or otherwise popular supernatural beliefs): 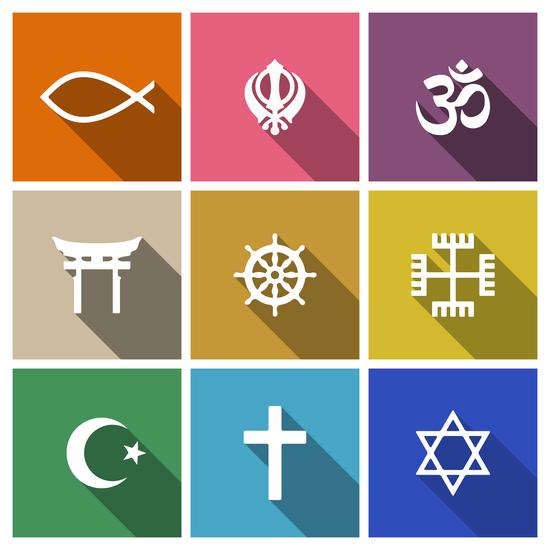 Remember the story you heard about the three wise men traveling to Jesus’ birthplace? Well, you have it all wrong. Contrary to popular belief, there were never three wise men described in the Bible. The fact is that the Book of Matthew, which is the Canonical gospel from which this idea stems, doesn’t mention any “wise men” at all. The author of Matthew refers to a group of “magi,” but doesn’t say how many there were. The term itself is used to refer to followers of Zoroastrianism, one of the world’s oldest religions and one that heavily influenced other traditions including Christianity. The magi were used in the story to show that adherents to other religions recognized that Jesus was the “king of the Jews,” and the number three came from the fact that they were said to have been carrying three gifts (gold, frankincense, and myrrh).

If you believe “Heaven” and “Hell” were ideas created by Christianity, Islam, or even Judaism, you are many thousands of years off the mark. Neither of these concepts are unique creations of the Abrahamic religions because they’ve both been around for as long as people have had myths and folklore. Heaven and hell, at their most basic levels, are just ideas that represent our human desire for “justice” in opposing forces. Versions of these mythological places are common in the most popular religions today, but they are also present in a number of traditions that pre-date Judaism. Some examples include Aaru, the heavenly paradise of the ancient Egyptian culture, Trāyastriṃśa, the heaven in Hindu and Buddhist cosmology, and Tartarus, an afterlife that served as a torturous dungeon in the minds of the ancient Greeks.

You know how the old story goes: God creates Heaven and Earth in six days and forms the first man from dust. Man gets lonely, and God creates a woman to serve as his companion. But did you know this story isn’t unique or original? The Bible’s creation myth, found in the Book of Genesis, was heavily influenced by other belief systems that were practiced around the same time and in the same region. In fact, most religious history scholars believe the authors of the Genesis narrative were trying to establish a creation story that was in opposition to the polytheistic myth of Israel’s historic enemy, Babylon. They took themes from Mesopotamian mythology and adapted them to Israel’s belief in one God. And remember: this isn’t just speculation; this conclusion has extensive support among scholars in the field.

If you’re familiar with the Bible, then you’re probably aware that the Ten Commandments include “Thou shalt not kill” and “Thou shalt not commit adultery” — and you might even know that the first four decrees focus on the proper worship of God (to the exclusion of statements against rape and slavery). But did you know that there were more than 10 commandments and that there are alternate versions found in different books of the Bible? More importantly, have you heard about the earlier cultures with similar rules that scholars believe may have influenced the creation of the commandments in the Hebrew Bible? The treaties of the Hittites, for instance, or even the Code of Hammurabi? The latter, which came before the Ten Commandments, dating back to 1754 BCE, has rules against theft and unfair trade, as well as an “eye for an eye” law just like the Bible.

You probably know that there have been many documented instances of sexual assault on children by priests and other members of the Roman Catholic Church. Unfortunately, you or someone you know may have even been affected by this. But did you know that the Catholic Church itself has lobbied for years for shorter statutes of limitations in rape cases around the world in order to keep victims from reporting? Philadelphia Archbishop Charles J. Chaput, for instance led a successful campaign to expand limits in Colorado. He said the restrictions on reporting these assaults exist for “sound legal reasons.”

Contrary to what you may have heard about Buddhism, not all those who practice the religion are peaceful and non-violent. While Buddhist doctrine deters acts of violence and shows murder as one of the worst “sins,” those same things can be said for the tradition of Christianity. And, as is the case with Christianity, there are many instances of faith-based killings and other acts of violence committed or justified by the Buddhist Monastic community. This isn’t a thing of the past, either. In May 2013, in a move of unprecedented discrimination, Burma’s Buddhist-controlled Rakhine state became one of the first governments to impose a two-child limit for another religious group. The Burmese government said the limit applies to Rohingya Muslim families, but not Buddhists in the area. Even before that move, in the U.S. Commission on International Freedom’s 2012 report, researchers noted that “the Rohingya Muslim minority, in particular, is subject to systematic discrimination and a forced relocation program that has produced thousands of refugees.”

If followers of Buddhism aren’t always as peaceful as they are portrayed in much of the Western media, what about the Jains? Jainism is an ancient Indian religion that prescribes non-violence toward all living creatures. Members of its monastic community are so strictly non-violent that they often carry around brooms called rayoharans to sweep ahead of them as they walk to avoid killing small insects. So, we should all become Jains, right? Well, probably not if you’re a woman. Members of the Śvētāmbara sect of Jainism place their nuns under the control of male monks. Women were forced to have male governors because, in that culture, they were considered to be “most vulnerable to attack or seduction” and more easily “swayed to corruptibility.”

Ayurveda, a system of traditional Hindu medicine that dates back to around 3,000 BCE, is actually still practiced today. You may have heard of someone getting an “Ayurvedic massage” or utilizing some other alternative medical approach with its roots in Ayurvedic medicine, but did you know that some practitioners advocate drinking urine regularly as a healing method? Some believers even say that self-urine therapy is “one of the divine manifestations of cosmic intelligence” and that urine itself is “considered to be a supernatural, living food.” Traditional Ayurvedic medicine also promotes the usage of cow urine as a cure for a number of diseases, including some forms of cancer, but before you go all Bear Grylls on your farm animals you should know that urine from a cow can be a source of harmful bacteria and infectious diseases and can cause convulsion, depressed respiration, and death.

Religions arising without divine intervention or communication may seem like a complicated process, but nothing makes it easier to understand than the existence of cargo cults. These “cults” are actually just local religious traditions that tend to spring up under certain stressful conditions, including the interaction of colonizing groups with native people. Cargo cults believe in assistance from ancestral spirits and they often have charismatic leaders, but these groups are most well known for their belief that an abundance of cargo will appear if certain rituals are performed. Some cargo cults imitate soldiers and create mock airplanes, airports, or radios out of local materials like straw and wood as a means of attracting cargo. People belonging to one particular cargo cult, dubbed the Prince Philip Movement, even believe that Prince Philip, Duke of Edinburgh, the husband of Queen Elizabeth II, is a divine being.

If you think Scientology is fun because of Xenu and his DC-8-like spacecraft, then you’ll be happy to know that there are a number of other UFO religions that believe extraterrestrial life forms created humans and/or regularly interfere with their lives. For example, members of the Heaven’s Gate group — which became infamous when its founder convinced almost 40 people to commit mass suicide — believed they were aliens who needed to kill themselves to reach an alien spacecraft. One of the most popular UFO religions, however, is Raëlism, founded in 1974. There are said to be almost 90,000 Raëlians in more than 90 countries who believe that aliens created humans as a type of lab experiment. This group also uses as a symbol a swastika combined with the Star of David — an image their founder says he saw on an alien spaceship.

October 16, 2015
Kids in Ireland Now Taught That an "Afraid and Confused" Mary Said "Yes" to God Impregnating Her
Next Post

October 16, 2015 Louisiana District Attorney Uses Bible in Court to Justify Death Penalty Against Defendant
Browse Our Archives
What Are Your Thoughts?leave a comment