I used to buy a single lottery ticket occasionally. My rule was never more than one, because one was all I needed to let me dream. My rational brain required at least some small tangible evidence of the possibilities, however remote, in order to take off for Wonderland.

And now, a group of citizen astronomers has just handed us a lottery ticket to a galactic Wonderland. 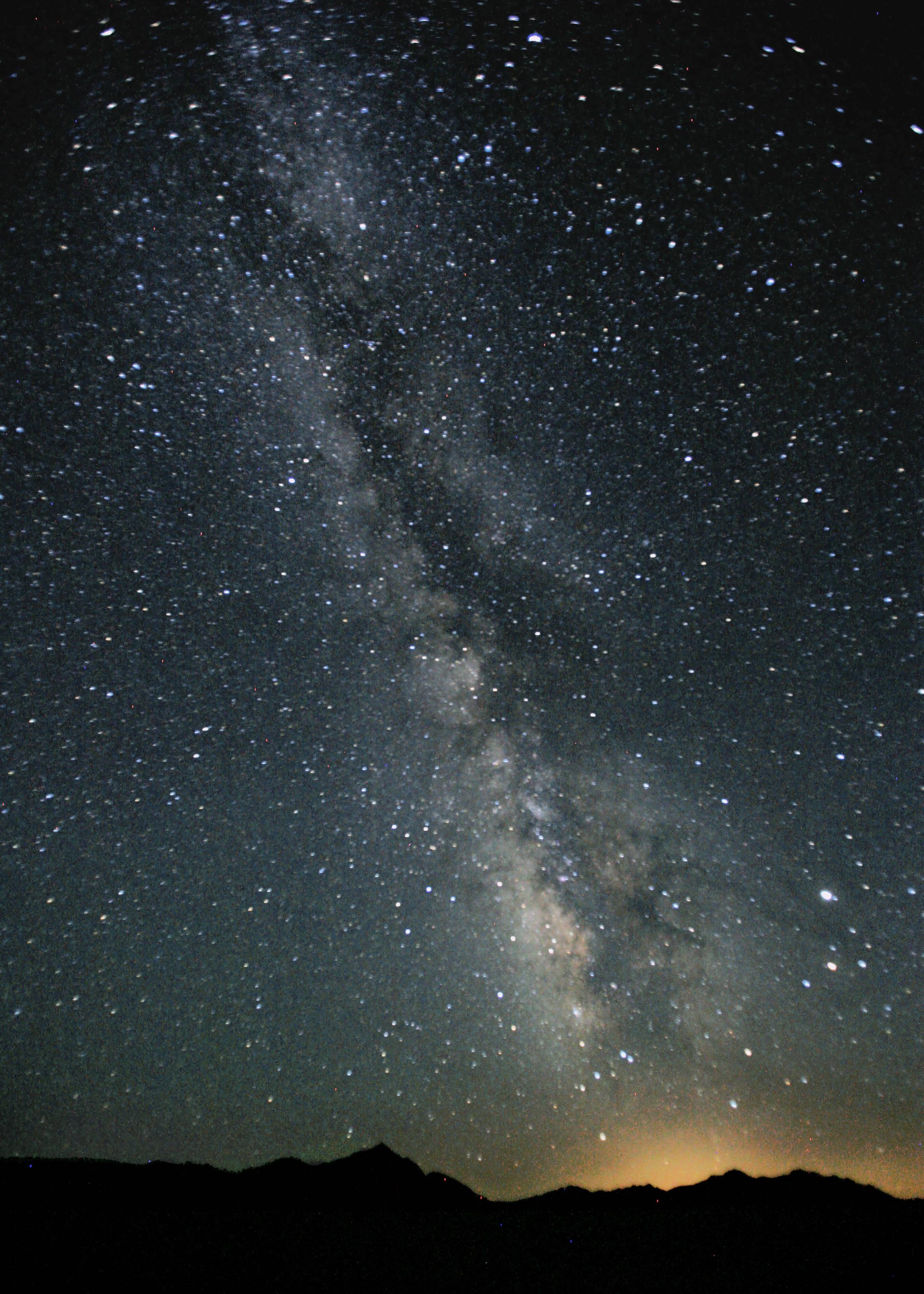 Several headlines have alluded to a possible alien “megastructure” orbiting a star in our galaxy.

Tabetha Boyajian is a Yale postdoc who coordinates a group of citizen science volunteers at PlanetHunters.org. They search for planets around thousands of stars by looking for interruptions in light patterns captured by the Kepler Space Telescope.  In 2011, between the constellations Cygnus and Lyra, the star KIC 8462852 was flagged as having potential for Earth-like planets. But there was something uniquely “bizarre” about KIC 8462852, The Atlantic reports:

The star was emitting a light pattern that looked stranger than any of the others Kepler was watching.

The light pattern suggests there is a big mess of matter circling the star, in tight formation. That would be expected if the star were young… But this unusual star isn’t young. If it were young, it would be surrounded by dust that would give off extra infrared light. There doesn’t seem to be an excess of infrared light around this star.

It appears to be mature.

And yet, there is this mess of objects circling it. A mess big enough to block a substantial number of photons that would have otherwise beamed into the tube of the Kepler Space Telescope. If blind nature deposited this mess around the star, it must have done so recently. Otherwise, it would be gone by now. Gravity would have consolidated it, or it would have been sucked into the star and swallowed, after a brief fiery splash.

Boyajian and the volunteers published a paper recently about the finding that examines possible natural explanations, but finds serious difficulties with all of them. She didn’t speculate further in the paper, but she sure as hell did in an interview:

We’d never seen anything like this… It was really weird. We thought it might be bad data or movement on the spacecraft, but everything checked out… It looked like the kind of thing you might expect an alien civilization to build. 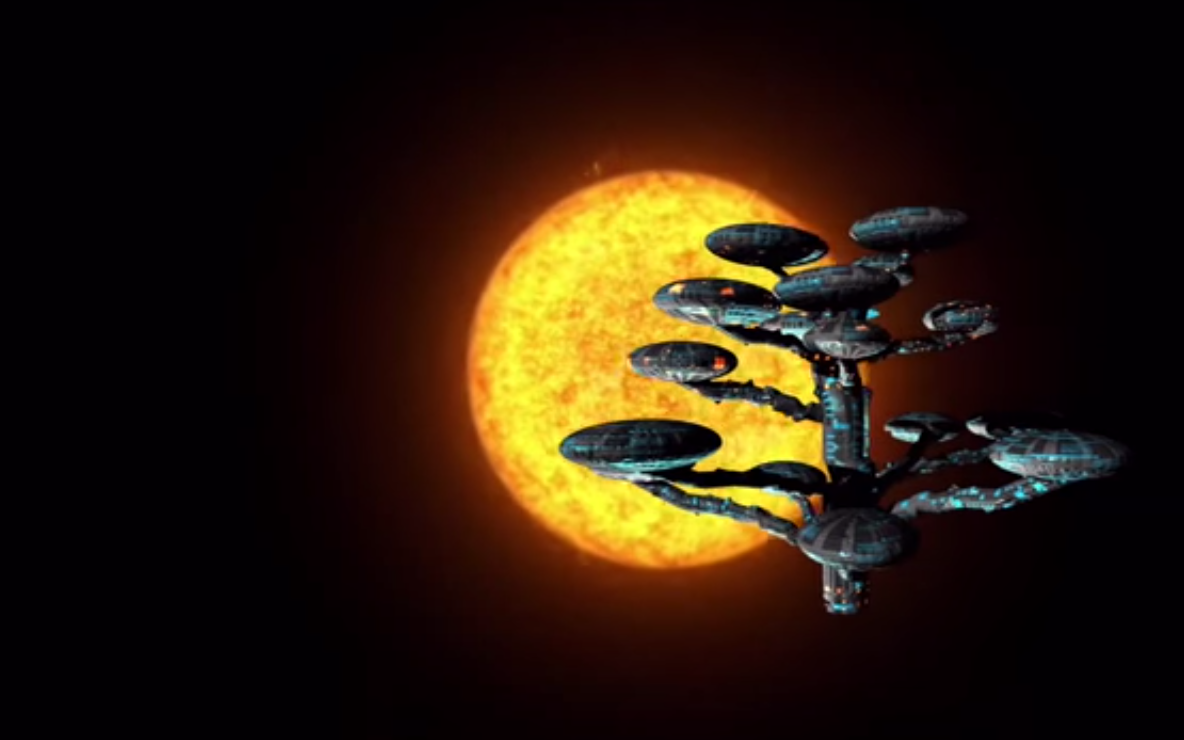 Boyajian is not the only astronomer who feels comfortable giving voice to the possibility. Penn State astronomer Jason Wright, after noting up front that “Aliens should always be the very last hypothesis you consider,” is preparing a paper with co-authors that will say:

the unusual star’s light pattern is consistent with a “swarm of megastructures,” perhaps stellar-light collectors, technology designed to catch energy from the star.

Boyajian and Wright are proposing, along with UC Berkeley’s SETI Research Center, to observe the star in January with a radio telescope. If the results are intriguing, they would expand their survey by fall of next year using the New Mexico Very Large Array. Unless of course, Wright notes:

If we saw something exciting, we could ask the director for special allotted time on the VLA… And in that case, we’d be asking to go on right away.

Just as with that lottery ticket, simply knowing that there just might be evidence of a neighboring vast civilization… knowing we have some viable means to investigate… that to me changes, for the time being, the psychological landscape on this pale blue dot.

It doesn’t sound as if our favorite skeptical astronomer Phil Plait will be rushing at me with a bucket of cold water:

Well, surprise! I actually kinda like it. I’m not saying it’s right, mind you, just that it’s interesting. Wright isn’t some wild-eyed crackpot; he’s a professional astronomer with a solid background. As he told me when I talked to him over the phone, there’s “a need to hypothesize, but we should also approach it skeptically” (paraphrasing a tweet by another astronomer, David Grinspoon), with which I wholeheartedly agree.

Look, I think it’s pretty obvious this scenario is, um, unlikely. But hey, why not? It’s easy enough to get follow-up observations of the star to check the idea out. It’s low probability but high stakes, so probably worth a shot. And it’s not exactly science fiction; Wright and a few other astronomers have submitted a paper (pending publication) to the prestigious Astrophysical Journal examining the physics of these structures and detailing how they could be detected around other stars.

…Telescope time is controlled by a committee, and it’s not clear if the proposal will pass or not. I hope so; it shouldn’t take too much telescope time, and under modest assumptions it shouldn’t be too hard to detect a signal.

If one exists. This is still a very, very long shot. But again, this isn’t a huge effort costing zillions of dollars. The effort is minimal, but the payoff could be pretty big…

Whether there are aliens constructing huge megastructures to feed their power needs at KIC 8462852, or — overwhelmingly more likely — it’s a more natural scenario, this is a pretty weird and interesting star. And it’s definitely worth investigating further.

Tomorrow, an astronomer may devise a more probable natural explanation. And that’s fine. Our need to dream will still be fueled by these expanding methods to search for intelligent life among the stars, like interstellar archaeology, in which we would look for massive artificial objects like Dyson spheres:

You know, I simply don’t care if Stephen Hawking issues another statement about how terrified we should be. I don’t/can’t/won’t accept that. I see how our world is morally evolving out of a growing awareness of the value of cooperation and compassion. A vastly advanced civilization should have vastly evolved ethics. Don’t try to tell me otherwise.

October 15, 2015 Superintendent Reminds Football Coach That He Can't Pray with Kids No Matter What a Christian Group Says
Browse Our Archives
What Are Your Thoughts?leave a comment