In Short Film, Baptist Preacher Has to Choose Between Church and His Lesbian Daughter October 13, 2015 Hemant Mehta

In Short Film, Baptist Preacher Has to Choose Between Church and His Lesbian Daughter

Apple Ng grew up in a Christian family in Hong Kong. She knows how hard it is to come out as LGBT in the religious world, but knows that the tension is even worse in Asian cultures.

She’s working on a short film to highlight that conflict: 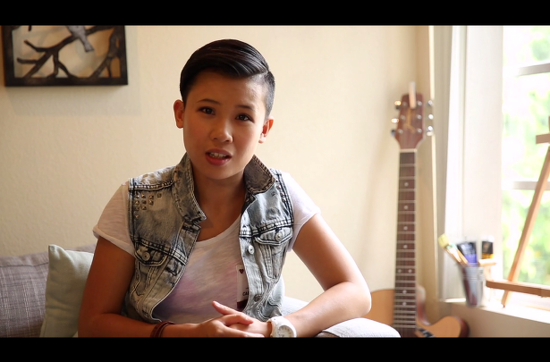 The story is about a devoted Southern Baptist pastor, Lot, and his adopted Chinese daughter, Paltith. One day a church elder reveals to Lot that Paltith is a lesbian, which forces him to confront his biggest fear. For nearly her entire life, Paltith has hidden her true self and her sexual orientation, finally admitting that she is a lesbian. This shocking truth brings Lot to struggle between losing his beloved daughter and losing his position as a servant of God. Under the external pressure from the church and internal struggle, how will Lot hold up?

Sounds like a fascinating script and Ng’s video is really compelling. If you want the film to become a reality, fundraising is going on right now.

(Thanks to Jonathan for the link)