Tennessee State Rep. Sheila Butt just introduced legislation that would prevent religious indoctrination in public schools. That sounds… wonderful, actually, since Christians have a habit of pushing faith in places it doesn’t belong.

But that’s not what Butt’s talking about. 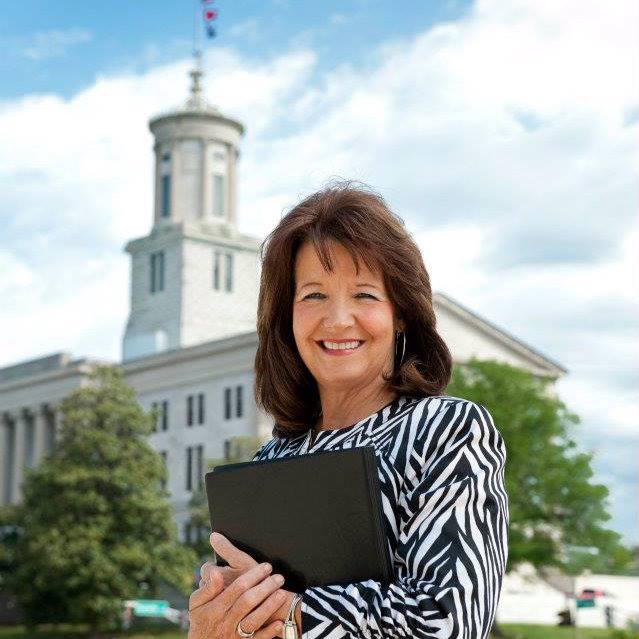 She wants to put a stop to the Islamic proselytizing going on in high school World History classes, where students are taught (*gasp*) that Muslims worship Allah and Muhammad is His prophet.

Butt said state law needs to be more clear in prohibiting teaching about religion before it is “age appropriate.” Her bill says that in pre-10th grade classes the state Board of Education “shall ensure” any reference to a religion “does not amount to teaching any form of religious doctrine to the students.”

“If you’re teaching the Middle East, then of course you’re going to mention the religion that was prevalent in that area,” Butt told The Tennessean. “But to teach the doctrine is another thing. … It’s just a bill about balancing the teaching of religion in education.”

This is a solution to a problem she pulled out of her… well, you know.

Even if HB 1418 passes, it would accomplish absolutely nothing. We have yet to hear about a single case of students being indoctrinated into Islam.

But that won’t stop the Republican from doing nothing and pretending she’s making a difference.

Earlier this year, by the way, Butt was in the news for remarks made during a debate over a bill requiring women to wait 48 hours before obtaining an abortion. She loved the bill, but didn’t like that the amendment created exceptions for women in cases of rape or incest, saying that those situations were “not verifiable.”

Even though she’s now proposing a bill preventing Islamic indoctrination based entirely on unverified rumors.

Butt also said earlier this year that white people could use a group like the “NAAWP” because they didn’t have enough support.

Full of brilliant ideas, this one…

Tennessee, of course, is the same state where a Christian pastor who also believed the Islamic indoctrination lie, urged parents to have their children fail history exams on purpose as a way to stand up for Jesus.

(Image via Facebook. Thanks to Randy for the link)

October 12, 2015
University of Florida Building with Biblical Inscription Will Soon Have Atheist's Quotation, Too
Next Post