Earlier this week, Focus on the Family sponsored a completely unnecessary “Bring Your Bible to School Day,” unnecessary because no one was ever preventing that from happening. But something’s gotta feed the persecution complex, so there you go.

For some reason, though, the event was advertised by the Folsom Cordova Unified School District (California) to all 20,000 parents in the system through a third-party email service.

Even though the email came with a disclaimer that the District wasn’t sponsoring the religious event, it clearly meant any outside group could join in the fun! So that’s what atheists putting together “Freethought Day” decided to do: 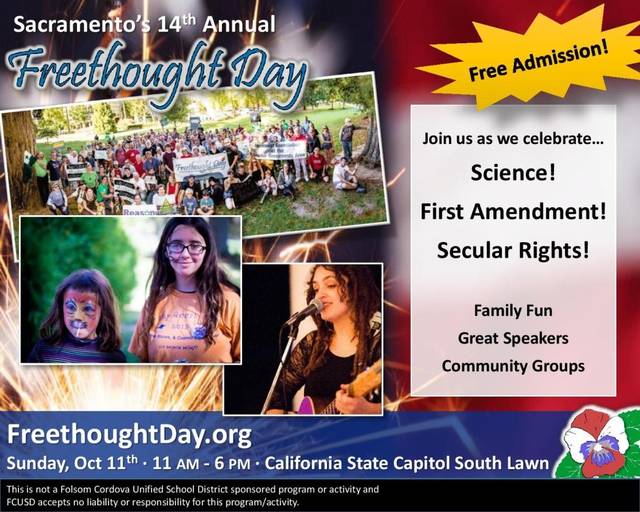 Trustees at a board meeting Thursday night expressed desire to revisit the policy, she said.

The school board hasn’t officially decided what to do yet.

Maybe it’s a good time to call in The Satanic Temple and test Lucien’s Law. That’ll speed things along nicely.