Christian Crusader Explains How, in His Future Theocracy, Dissenters Will Be Put to Death October 10, 2015 Hemant Mehta

Christian Crusader Explains How, in His Future Theocracy, Dissenters Will Be Put to Death

Theodore Shoebat, a Christian extremist who’s on a perpetual crusade in his mind, just published a video in which he describes his future Christian society.

All you need to know about it is that anyone who speaks out against Christianity in that world will be put to death. 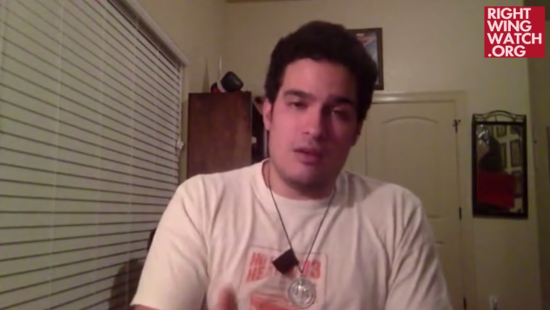 A non-believer can be in the Christian society, but he has to respect and honor the Christian faith. Once someone begins to teach and to exhibit the signs of a diabolical belief system or an explicitly anti-Christian sentiment, then that person is most definitely determined to be a threat to the body. Once that person is determined to be a threat, then he has to be coerced to either stop what he is doing, reject it, or once he has become so obstinate about it, then the last resort is death.

Somewhere, Dr. Ben Carson is taking notes for his next idiotic comment.

And this, kids, is why you need to step away from the computer and go play outside.