Five Things I Learned at the Mothman Festival

I used to go to church every Sunday morning. Last week, I did something rather different: I went to the Mothman Festival. 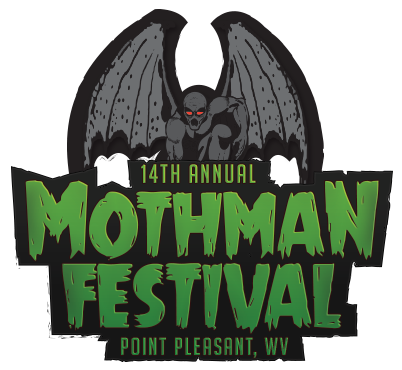 The Mothman Festival happens every year in Point Pleasant, West Virginia. Legends of the Mothman first started in 1966. Locals told tales of a large, winged creature with glowing red eyes. Some say the Mothman predicted the collapse of the Silver Bridge in Point Pleasant, a disaster that took the lives of 46 people in 1967, exactly 13 months after the creature first supposedly appeared.

In 2002, The Mothman Prophecies, a story loosely based on those events, became a hit film, and the festival became an annual event. A tribute statue to Mothman was created in 2003. It stands proudly in the middle of the town and inspires pilgrimages among crypto-zoologists, reminiscent of the journey a devout Catholic might take to seek out a sacred statue of the Virgin Mary.

Even as a skeptic, I have a particular fondness for the Mothman Prophecies film. Coming from a very restrictive religion with little tolerance for most movies, it was one of the first supernatural thrillers I’d ever watched in my life. When I found out there was a festival, I just had to check it out for myself.

Here are some things I learned while I was there:

For some, the festival is just an excuse to hear some bands and eat too much cotton candy. But others truly believe that the creature exists, and some feel certain that they have seen it. Vendors sell books, documentaries, music, and paintings about the Mothman.

The majority of the reports took place between 1966 and 1967, but even in recent times, people are still claiming to have seen an appearance of the creature. The Mothman Museum has collected dozens of reports from recent sightings, with quotes like this:

“I got to this sharp curve when I saw it standing there. Tall, bold, dark, red eyes( getting chills from the thought coming to mind.) All I could do is stare at it cause I know what I saw.I didn’t stop cause I just wanted to get home.As I got close it sprung up as it opened its large wings like a demon from hell.”

“And all of a sudden a pair of very large, bright, GLOWING red eyes peered out right back at us! I swear to you I have NEVER seen eyes this red before. Now the thing is, if we had seen this “thing” for a few seconds I would still be second guessing myself… BUT whatever it was continued to stare back at us for no less than a full 5 minutes. no, we were not drunk and no we were not high… This HAPPENED!”

“I’ve never seen anything go so fast. I’m not crazy. I work as a registered nurse in a huge icu unit. This is all true and I do not wish to ever see this again.”

“TO THIS DAY WE TRY NOT TO TALK ABOUT WHAT WE SAW & I SURE HOPE I NEVER SEE ANYTHING LIKE THAT AGAIN.”

One festival fan summed up her attraction to the festival for the crowd gathered in the theater: “We come every year, because something happened here.”

2. The Ohio River Valley is weird.

There’s a reason doctors around here often ask if you’ve ever lived in the Ohio River Valley. There’s a particular kind of lung infection that’s especially common there. The Ohio river is also the most polluted river in the United States. It’s possible that those health concerns contribute to the large number of UFO sightings and Bigfoot sightings in the area. I didn’t realize before the festival just how many people were still searching for Bigfoot and other strange creatures. Many of the vendors had books and documentaries dedicated to their searches.

3. The Mothman is big business.

There are Mothman T-shirts, Mothman hair bows, Mothman lattes, and Mothman burritos. I ate a Mothman burger and a Mothman hot dog. There didn’t seem to be anything especially supernatural about them, but they both had nacho cheese for some reason. I felt that either nacho cheese had some paranormal meaning I was failing to grasp or (more likely) that vendors were taking the Mothman’s name in vain.

4. Even believers consider themselves to be skeptics.

Neal Parks, a paranormal investigator and one of the official speakers, pointed out all the popular television shows that he feels make believers look preposterous by being inaccurate or using cheap tricks. He described himself as a skeptic who couldn’t help but be swayed by the evidence for the paranormal.

John Frick was another speaker. He sought to prove his interaction with the supernatural by recounting every slightly strange event he’d ever experienced in his life:

I wasn’t convinced by this evidence of the supernatural — can you believe it? — and I was somewhat astounded when Frick said of himself, “I’m skeptical by nature.”

That seemed to be a common theme. None of the believers considered themselves to be especially credulous. They all felt that they’d carefully weighed the evidence, and the most logical explanations for their experiences were paranormal in nature. They all sought to distinguish themselves from the crazies and the charlatans.

5. Everyone just longs to make sense of it all.

Human beings are primed to be most superstitious in the most uncertain of times. It makes sense that in the midst of a tragedy like the Silver Bridge collapse, people would look for any and every warning they could find, in hopes of preventing any similar disasters.

I’ve found myself looking for patterns at the times when my life has been most chaotic. Maybe I won’t ever look for answers from a giant winged creature with glowing red eyes, but I understand that we all look for meaning in our own special ways.

I think, at the very least, we can all come together to enjoy some Mothman-shaped cookies.

October 9, 2015 Six Things to Know About Bristol Palin's (Latest) Birth Control Freak Out
Browse Our Archives
What Are Your Thoughts?leave a comment