There must be something in the Catholic Church’s baptismal water that makes priests blame the victims in any given situation.

There was Father Piero Corsi who said women who were raped or sexually abused “should search their consciences and ask: did we bring this on ourselves?”

And Father Benedict Groeschel who described pedophile priests with this remark: “A lot of the cases, the youngster — 14, 16, 18 — is the seducer.”

And Bishop Robert Cunningham who said “The boy is culpable” in discussing a victim of molestation.

The latest example come from Italy, where Rev. Gino Flaim said pedophilia happens, in part, due to “children who seek affection.” 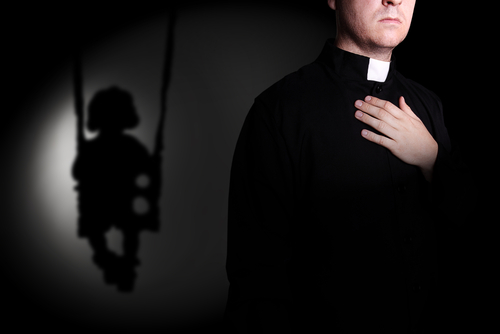 He told Italy’s La7 television channel, “I’ve been to lots of schools, and I know children. Unfortunately there are children who seek affection because they don’t receive it at home and I understand that some priests can give up. Pedophilia is a sin, and like all sins has to be accepted.”

He was less forgiving of homosexuality, referring to it as a “disease.”

Only in the Catholic Church can someone call homosexuality a “disease” and have it be the second worst thing he said.

It’s a start. If only they took the priests who committed the crimes this seriously instead of just the one who used an awful choice of words.