In the early hours of the morning in Philadelphia today, Kiesha Jenkins, a black transgender woman and activist, was brutally attacked by a group of five men before being shot twice execution-style. She is the 19th confirmed trans person death this year. 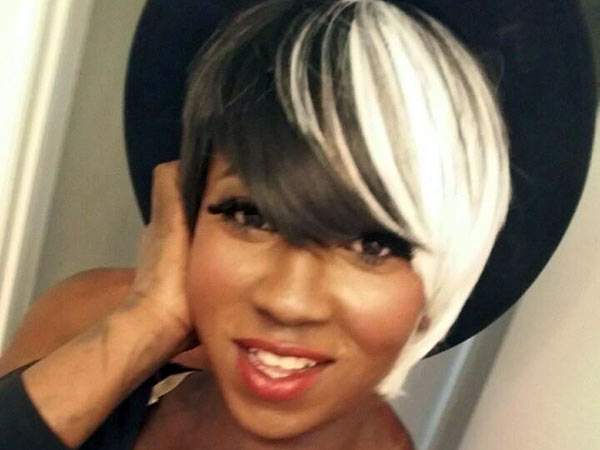 In a time when Laverne Cox is killing it and Caitlyn Jenner is making waves, it’s easy to pat ourselves on the back when it comes to transgender issues, but visibility is far from equality or security. As it stands, transgender individuals face discrimination in housing, healthcare, the workforce, and the legal system. Hate-motivated violence against transgender individuals rose by 13% last year, which is significant for a population already four times as likely to be murdered as the general population with one in two sexually assaulted at some point in their lives. And those numbers are likely low due to police reporting tactics. For transgender people of color, this reality is even worse.

Transphobia is real and deadly. Activists are working hard to counter its lethal impacts, but Christianity, in particular, is making things hard for them in the U.S.

Many churches have not adopted a formal stance on transgender individuals, but that might be because they often confuse gender identity with sexuality and haven’t felt the need to offer a distinctive position. The ones that have, unfortunately, are rather terrifying in their hateful and abusive rhetoric. Take, for instance, the recent conference hosted by the Association of Certified Biblical Counselors. As ThinkProgress reports:

A day-long ACBC preconference held Monday on transgender issues demonstrated just how harmful their beliefs still are. Like some of the messaging shared at last year’s ERLC conference, Southern Baptist leaders still reject “transgenderism” as a disorder that can be fixed through faith in Christ — similarly always referring to trans people as “struggling” and “distressed.” Denny Burk, the SBC’s chief opponent of trans equality, claimed “the grace of Jesus is sufficient” to address gender identity conflict. Trans people should “reshape their thinking to conform to the word of God,” he said during his keynote Monday.

Addressing a question about if a child insists on embracing their transgender identity, James Hamilton, a professor of biblical theology at SBTS, answered that parents have no responsibility for continuing to support them. It’s the transgender child, he insisted, who severed the relationship with their family. Mohler similarly suggested that it’s polite to respect the name and gender transgender strangers may use when introducing themselves, but that doesn’t mean parents should respect the name and gender their own children assert. “No,” he asserted, there is never a justifiable reason to affirm transgender kids’ “confusion.” These things aren’t “negotiable,” he said.

There is so much wrong with this sort of position. Being a transgender individual is not a disorder or a function of confusion; it’s embracing who you are. The idea that it’s something that can be “cured” brings to mind the despicable practice of gay conversion therapy. But taking it a step further, Hamilton actually suggests parents turn their backs on their children. He’s literally advocating child abuse under the guise of Christian compassion. When this is what children are taught, it’s no surprise that 80% of transgender individuals report being harassed in school. When this is how we treat them, it’s no wonder that 50% of transgender individuals will attempt suicide at least once before the age of 20.

Not that you would have heard those statistics at the conference. As we noted last week, the gathering included no transgender speakers.

Kiesha Jenkins’ death is an unspeakable tragedy in a long list of unspeakable tragedies. But as long as we have public figures advancing these sorts of transphobic ideas, there will be people who feel justified in lashing out at individuals different from themselves. You can’t tolerate that and still call yourself a compassionate Christian.

October 7, 2015 Pastor Who Once Prayed for Congressman's Death is Now Running for President
Browse Our Archives
What Are Your Thoughts?leave a comment