Dozens of Ex-Jehovah’s Witnesses Have a Message for Those Still Trapped in the Faith October 5, 2015 Hemant Mehta

There’s a horrible practice in the Jehovah’s Witnesses known as disfellowshipping. Essentially, if you leave the faith, the people who remain in it (including your own parents) are told to shun you indefinitely.

And if you leave, you can bet your reputation within the JW community will be ruined. If you’re an apostate, you’re not just someone who left the faith. You’re someone who lies and wants to siphon off other believers.

Now, 62 ex-JWs — all considered apostates — have a message for the people who remain in the faith. They’re not evil. They’re not angry. They’re just normal people with a difference of opinion who still love those who remain trapped in the organization: 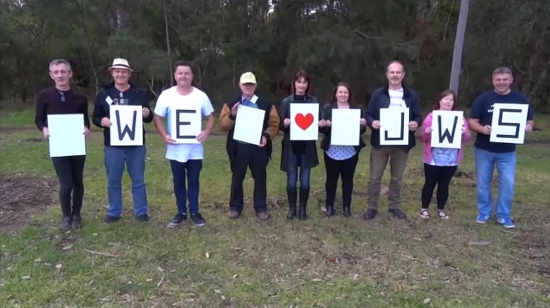 Lloyd Evans, who put the video together, writes:

Instead of appearing as foaming-at-the-mouth mentally diseased vagrants, the apostates in the video are calm, rational people who have walked away from a religion that causes far more harm than good, and is ultimately untrue.

It is hoped that the video, with its intriguing title, will reach out to as many Jehovah’s Witnesses on YouTube as possible, and get them to rethink their position regarding doing objective research into their cherished beliefs.

For their sake, I hope the message gets through.

October 5, 2015 How Religion and the GOP Have Hurt Those Who Need Mental Health Resources
Browse Our Archives
What Are Your Thoughts?leave a comment