Knowing the often devastating impacts of bipolar disorder on the lives of those affected, it can be particularly irritating when related clinical terms get used as a term of phrase. Calling the weather “bipolar” or busy Mondays “manic” trivializes very real and often very frightening experiences. It’s also, frankly, pretty lazy; there are plenty of other creative ways to make similar points.

Even so, I found myself laughing at the appropriateness of naming a cult “Teen Mania.” 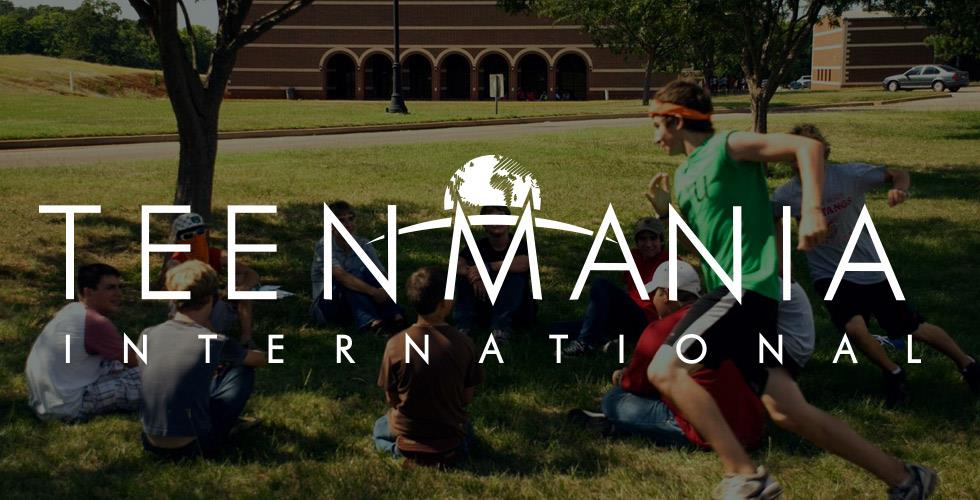 Why was it so easy to accept the application of the word here? Well, to understand that, you need to understand what mania actually is. The “high” stage of bipolar disorder, manic episodes are sustained periods of time marked by increased energy, grandiose thinking, delusions, and self-destructive behavior. If left untreated, mania can damage relationships, ruin finances, and lead to trouble with the law.

When you break down the tawdry history of Teen Mania, it’s almost frightening how well the bipolar-derived moniker fits.

Teen Mania Ministries’ mission is “To provoke a young generation to passionately pursue Jesus Christ and to take His life-giving message to the ends of the earth!” But as those who have followed the trajectory of the organization can attest, their pursuit is founded almost entirely on grandiose thinking and delusions.

One might argue that belief in an imaginary friend in the sky is delusional enough, but Teen Mania takes things to a totally different level. Its goal is essentially to create an army of hardcore evangelists to win the culture wars by shouting out secular influences. Their acclaimed “Acquire the Fire” events were very high energy, but their summer camps and “Honor Academy” were based on military-style training and different sorts of fasting. Participants were told that the emotional and physical pain they endured at the hands of the organization was simply “weakness leaving the body” and a means of strengthening the spirit, with leadership warning that they would “not feel sorry” for those complaining. The abuse inflicted was well outlined in a 2011 MSNBC documentary entitled Mind Over Mania. It’s worth watching… if you can stomach it.

But for an organization so committed to discipline, its leaders certainly spent money with reckless abandonment. Teen Mania raked in over $300 million during the course of the past decade, but as it leveraged assets to the hilt and depleted reserves with lavish expenditures, the group found itself defaulting on the mortgage for its large Texas training camp. The leaders gave it up and slashed their staff down to a paltry group of three, but even that was not enough. In 2014, despite being declared one of the most influential Christian organizations of the 21st century, the group was also ranked as the fifth most insolvent charity in the nation.

Criticism of their finances and tactics were shrugged off by leadership. They kept promoting more and more events, but poor cash flow forced them to frequently cancel plans, leaving registrants and sponsors clamoring for their money back. The rub? Teen Mania had to tell them there was no money to give. Talk about self-destructive behavior.

But the most recent developments really seals the parallel between Teen Mania and actual mania. Care International, one of the repeat sponsors of the organization’s events, finally lost patience with Teen Mania’s inability to refund the fees paid for the cancelled events and filed a lawsuit. Co-founder Ron Luce was ordered to appear in court… but decided to skip it. Now Teen Mania’s legal troubles are mounting.

A Colorado court has issued an arrest warrant for Teen Mania Ministries founder Ron Luce for failing to appear at a hearing last month, according to court documents.

The 4th Judicial District Court in Colorado Springs, Colo., issued the warrant on Sept. 8 (as noted on a document released by the court), the day of a show cause hearing in connection to Compassion International’s lawsuit against Teen Mania. Compassion International filed the complaint last November and is seeking a $174,124.73 judgment.

More than 3 million teens have attended Teen Mania’s weekend Acquire the Fire events over the last three decades. Compassion International paid Teen Mania for stage time at these events and would make appeals for attendees to sponsor needy children. Amid ongoing financial issues, Teen Mania canceled many of its events in 2014 and 2015 — including one in Baltimore last weekend — leaving Compassion International without the opportunity to secure sponsors.

“It was a breach of contract,” said Brian Chinn, who was Teen Mania’s director of international operations until March 2015. “They’re now at a point where they can’t pay back people. People are being suckered.”

Take a minute to let this sink in.

Teen Mania is known for its high energy events, embraces grandiose and delusional thinking as a framework for its worldview, has financially ruined itself, and is now facing major legal problems. We’re talking about most of the major markers of an acute manic episode. A person living like this for such an extended period of time would likely be heavily medicated or hospitalized by now. These folks are way overdue for some organizational lithium.

Yes, on the surface, Teen Mania’s name is all too appropriate… except for one important distinction. Teen Mania is an organization built upon and furthered by the manic-like behavior of willing participants. Those living with bipolar disorder don’t choose to have bipolar disorder. In fact, most work very hard to control or eliminate depressive and manic episodes with therapy and medication. The prospect of a severe episode is the stuff of nightmares.

It’s this distinction that cuts my laughter short. I wouldn’t wish an actual manic episode on my worst enemy. To see people actively choose the kind of life that 5.7 million Americans will spend most of their lives actively fighting to avoid is nauseating at best and infuriating at worst. Go ahead and take a moment to laugh at the irony of the group’s name, but Teen Mania deserves none of your sympathy.

October 3, 2015
Another Christian Parent Complains About Islam Being Taught in World History Class
Next Post