There are issues where I part ways with Richard Dawkins, but when it comes to criticizing bad ideas and hearing out people whose views you may disagree with or find offensive, I’m in complete agreement.

On Real Time last night, Dawkins and Bill Maher spoke about how, strangely, it’s liberals who seem to be on the wrong side of this particular issue. If someone’s criticizing Islam — or even speaking about their awful personal experiences within the faith — they’ll bend over backwards on college campuses to stop those views from being heard. 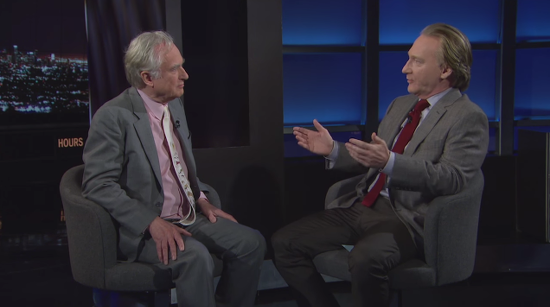 Of course, it’s fair to criticize atheists who conflate moderate Muslims with the extremists in the faith. But even moderate Islam has bad ideas and it’s not like Dawkins or Maher unfairly single out Islam over other religions in the pantheon of silly beliefs. This idea that we need to be protected from some ideas, or that protesting or asking tough questions to speakers who may challenge Islam isn’t a valid way to handle concerns, is ridiculous.

Liberals will fight for LGBT rights, women’s rights, and free speech on their own. But when they’re opposed in the name of Islam, our numbers fade fast.

October 3, 2015
Neil deGrasse Tyson Goes on the Offensive
Next Post