On his late night show, Seth Meyers gave a great rundown of the farcical Congressional hearing on Planned Parenthood that was nothing more than a bunch of ignorant politicians talking down to the head of one of the larger health care providers in the country, just because they also happen to provide abortion services: 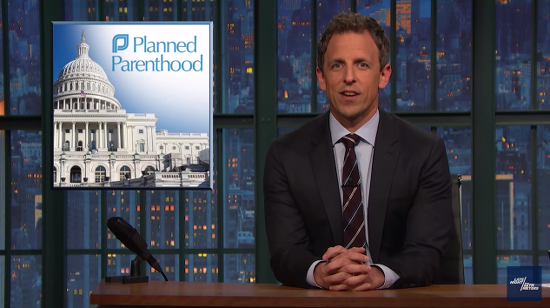 October 1, 2015
What Donald Trump Has in Common with Prosperity Gospel Preachers
Next Post