An Honest Poem About Religion 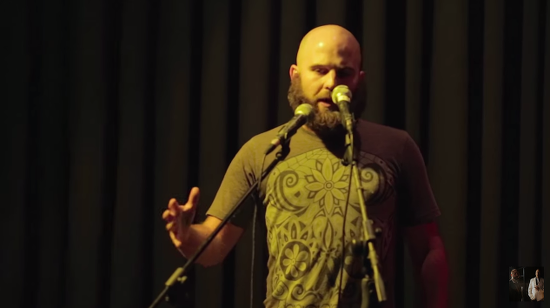 They might seem fine but it can’t be denied
They talk to an omnipotent man in their mind.
I sit back politely witnessing the absurd
as decisions are being made based on voices unheard.

I’m gonna clarify now so you don’t misconstrue what I’m saying.
Ask any proud believer, this is essentially what they’re stating.
They want to get to Heaven which is reliant on them behaving,
but the law of their Lord is not open to debating.

So when push comes to shove the law of our land is a plaything.
They play by their own rules and we’re expected to placate them.
There’s a voice in their head and they follow its will.
And that’s fine when it says give to charity, but sometimes it says kill.

And if its will is to kill, then they are willing and able.
They literally invented murder; just read Cain and Abel.
This ideology is frighteningly unstable.
We need to educate people beyond this dangerous fable.

Awesome stuff — and a great response, if you want to think of it that way, to the viral poem by Christian artist Jefferson Bethke.

September 30, 2015
Why It's So Important to Fight for Church/State Separation
Next Post