Reality television isn’t known for being the most scrupulous of spaces, but fans of the genre have come to terms with its limitations — like the fact that much of the drama is staged for their viewing pleasure, or that their “heroes” and “villains” are largely constructs of a diabolical producer’s mind — and focus on enjoying outcomes designed to drive ratings. But even in this world of plotlines every bit as fictional as their more honest entertainment counterparts, there are boundaries. The nauseating A&E monster known as 8 Minutes delivered this lesson in brutal fashion, and the nightmarish story is still unfolding.

Don’t remember 8 Minutes? That might be because the premise was so disgusting the show was canceled as fast as it started. The whole thing centered on cop-turned-pastor Kevin Brown “posing” as a john in order to corner sex workers and convince them (in 8 minutes) to abandon their sinful ways. The time limit was supposedly fueled by the danger of pimps lurking around every corner. 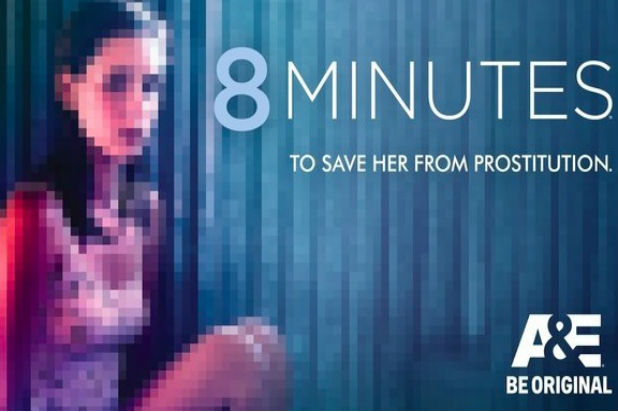 The entire concept was gross. For starters, the show relied on antiquated Christian notions about human sexuality while ignoring the fact that sex work is not inherently wrong. Though that idea may seem foreign to those unexposed to the industry, there are many participants for whom the work is simply a job. In some cases, it’s a job they happen to enjoy. These are their bodies, their choices, and shows like 8 Minutes ignore that entirely, doubling down on socialized moralization of physical stimulus.

Of course, not all sex workers are in the business by choice. Some are victims of sex trafficking. Others are forced into the line of work by economic pressures. Others may find themselves in a position where, even if they had originally started the work by choice, they can’t leave without putting their lives at risk now. These scenarios are especially prevalent in the U.S., where criminalization of sex work increases the likelihood of such situations while augmenting the risk of things like assault, rape, and the spread of STIs.

Considering all of this, take a moment to really grasp just how completely messed up 8 Minutes really was. For those who chose to participate in sex work freely, the show was a version of public shaming, furthering the stigma they already face on a daily basis. They’re cast as Mary Magdalene while Brown swoops in as the savior, and the setup could not be more distasteful. Actual victims in the industry not only got hit with stigmatizing framing, but had their very real, very traumatic experiences exploited, all so A&E could rake in a few more advertising dollars.

And make no mistake — it was all about exploitation. There was no “surprising” the sex workers; appearances and terms were negotiated ahead of time. There were no pimps laying in wait; any such depictions were entirely manufactured. Even the promises of assistance were hollow. Though the show purported to offer medical, dental, housing, and employment support, a scathing Buzzfeed report earlier this year revealed that the sex workers featured on the show had received a few hundred dollars in cash… and nothing else.

The outcry over the show was swift, with an avalanche of damning press and a Change.org petition calling for 8 Minutes to be taken off the air. Following the Buzzfeed report, A&E pulled the show off the air with three episodes left in the season and took all episodes off their website. Absolutely no one involved in the production would comment on it. It was, by all accounts, an unmitigated disaster and a perfect example of reality television gone horribly, horribly wrong.

But as it turns out, the show was even worse than we thought.

The one thing it had going for it was a supposed dedication to “protecting” the women they were hoping to convert. Regardless of whether the sex workers accepted Brown’s help, their stories and involvement with the show would remain anonymous. However, as a recent lawsuit filed by three Houston-based sex workers reveals, that, too, was a lie:

In some instances, women were told their face would be blurred for safety and privacy, but the episode ended up airing with their faces showing, as was the case with Doe III. According to the petition, Doe III was “bombarded” with phone calls and social media messages from family, friends and acquaintances from her Kentucky hometown after her interview was broadcast April 23.

Privacy was also a concern for the other two women, who relied upon assurances of confidentiality, the suit stated.

Jane Doe I, who holds a doctorate and was a businesswoman in South America before suffering economic hardship, had not told her husband or daughter about seeking work as an escort.

In other words, there were zero redeeming qualities to be found in Pastor Brown’s 8 Minutes. It compounded the stigma faced by sex workers, exploited people in need, promised support it never delivered, and shattered the lives of those who participated.

How very Christian of them.